Russia will not let UNSC become toy in hands of US - Russian Diplomat
Read: 733 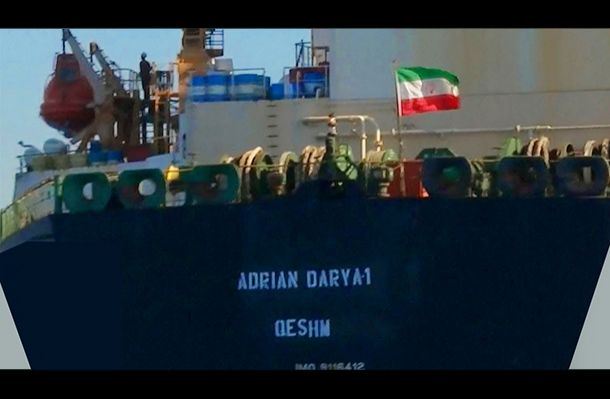 US Secretary of State Mike Pompeo on Wednesday called on the European Union to condemn Iran after he said oil from Iranian tanker Adrian Darya had been offloaded in Syria.

"Oil from the #AdrianDarya1 has been offloaded in Syria, proving that Iran lied to the UK and Gibraltar ... EU members should condemn this action, uphold the rule of law, and hold Iran accountable," Pompeo wrote in a post on Twitter.

Last month, sources told Middle East Eye that the Iranian tanker had begun offloading its oil to Bashar al-Assad's government. Two sources told MEE hat oil from the Adrian Darya 1, which the UK said was suspected of breaching European Union sanctions against Syria, had been offloaded to a port in the country.

Oil from the #AdrianDarya1 has been offloaded in Syria, proving that Iran lied to the UK and Gibraltar. This terrorist oil will fund Assad’s war and Iran’s sectarian violence. EU members should condemn this action, uphold the rule of law, and hold Iran accountable. pic.twitter.com/4GPZpdYU8b

The United Kingdom seized the tanker - then called Grace 1 - in July off the coast of Gibraltar in July, on suspicion that its contents were headed to Syria in defiance of EU sanctions.

After authorities received formal written assurances from Tehran that the ship would not hand the 2.1 million barrels of oil on board to Syria, the vessel was released.

But in September, Britain's foreign minister said the tanker had sold its crude oil to the Syrian government, breaking those assurances.