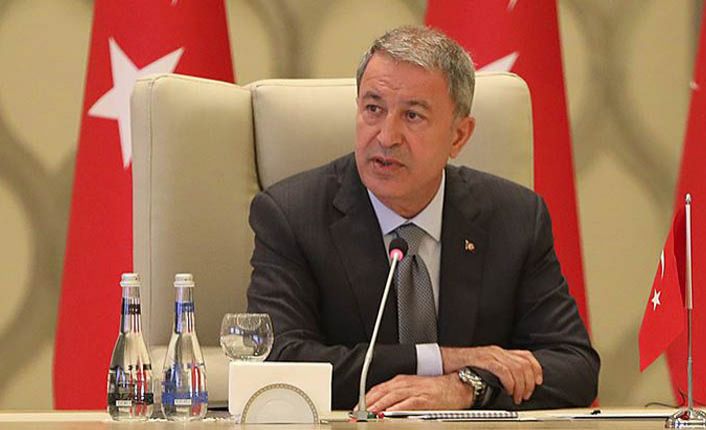 A total of 342 terrorists have been “neutralized” since the start of Operation Peace Spring in northern Syria, Turkey's defense minister said on Friday, Anadolu Agency reports.

Hulusi Akar's comments came after his meeting with top military officials in Turkey's capital Ankara, where he said "every kind of measures have been taken" in operation areas.

"Our aim is to end the existence of terrorists -- especially Daesh, PKK/PYD-YPG -- east of the Euphrates River and establish a peace corridor to assure our Syrian brothers' return to their own lands, homes," Akar said.

"We give the utmost importance to not only the security of our country and people, but also to the ethnic groups -- Kurdish, Arabic, Assyrian, Christian, Ezidis and Keldani people -- as well," he said.