Past three months in Afghanistan have been the deadliest for civilians in a decade | Eurasia Diary - ednews.net 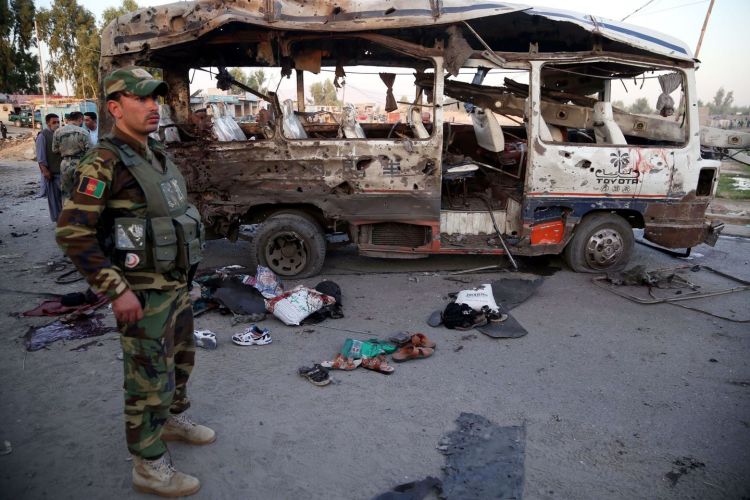 More civilians have been killed and injured in Afghanistan during the last three months than during any other three-month period in the past decade, according to a United Nations report released Thursday. The spike in civilian deaths and injuries comes as violence has worsened after talks to end the 18-year war gained steam and suddenly collapsed.
Between July and September, 1,174 civilians were killed and 3,139 were wounded. Those figures bring the total number of civilian casualties this year to more than 8,000, according to counts by the United Nations Assistance Mission in Afghanistan. Last quarter 785 civilians were killed and 1,254 were wounded, according to the United Nations.
The spike comes as both the Taliban and the U.S.-backed Afghan military have stepped up pressure in recent month. Before President Trump scuttled the talks last month, both sides were fighting to gain leverage ahead of a deal.
Overall, the United Nations blamed Taliban attacks for the most civilian casualties this year due to an increased use of suicide bombs and other explosives. Such attacks have killed 647 and wounded 2,796 since January.
That marks a shift since July, when the United Nations reported that during the first half of 2019 Afghan government forces and their American-led allies were responsible for more civilian deaths than the Taliban. Afghan and American airstrikes and search operations continue to be deadly for civilians: They have killed 784 and wounded 377 this year.
The United States has significantly ramped up its air campaign against the Taliban and Islamic State in Afghanistan. In September, U.S. aircraft dropped more munitions on Afghanistan than in any other month since October 2010. U.S. Air Forces Central Command said American planes released 948 munitions on Afghanistan, the figure does not include airstrikes by the Afghan air force.
The Afghan presidential elections on Sept. 28 were also associated with a spike in violence. The United Nations released a separate report earlier this week that said election-related violence killed 85 civilians and wounded 373.
The bulk of the casualties were caused by Taliban operations, including indirect fire attacks and improvised explosives, that had “indiscriminate effects” in civilian areas. The Taliban views the vote as illegitimate and pledged to use violence to disrupt it.
The U.N. Secretary-General’s Special Representative for Afghanistan, Tadamichi Yamamoto, called the violence “completely unacceptable.”
The conflict in Afghanistan has resulted in steady, record levels of violence since 2014 when American forces began drawing down from the country. The United Nations only began recording civilian deaths in 2009 as the war became more violent.
During the first half of the year, the United Nations had reported a slight drop in civilian casualties caused by violence. That reduction was largely due to the decreased use of suicide bombs and other explosives by Taliban and other militant groups.
Afghan government forces backed by the United States have retaken a handful of districts from the Taliban in recent months. But the gains have come at a high cost to civilians and pro-government fighters.
Afghan officials do not release figures on their military casualties, but last year President Ashraf Ghani said last year that 40,000 members of the Afghan forces had been killed since he took office in 2014, and his national security adviser said earlier this year that about 50 troops were killed daily.