Prof. NS. Shenocak - cruelty of some EU states is against the Charter of Human Rights and should be condemned
Read: 821 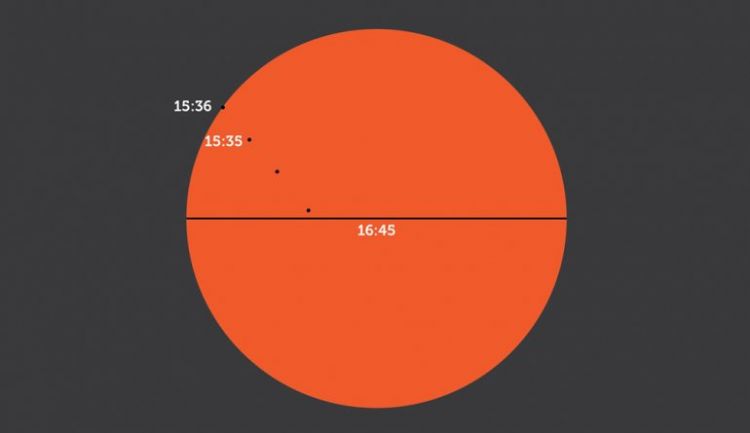 Katara has invited residents to view a rare phenomenon where Mercury, the smallest planet in the solar system, will pass across the solar disk tomorrow November 11, 2019, Eurasia Diary reports citing thepeninsularqatar.
Known as the Transit of Mercury, people across the world (including Qatar) can see the planet Mercury moving over the Solar disk.
“Qatar residents will have a chance to observe Mercury with astronomical telescopes as a black point appears on the sun's face for 1 hour and 14 minutes approximately from 3:35 pm till Sunset time at 4:49 pm Doha local time,” said astronomer expert at Qatar Calendar House Dr Beshir Marzouk.
Katara through its social media invited residents to go to the observation site (Katara southern hills opposite to Al Thuraya Planetarium) around 3 pm to observe this phenomenon.
Transit of Mercury occurs about 13 -15 times in a century, and will not again occur until November 2032 adding it usually happens during May and November months.
Mercury transit 2019 will be seen from Middle East, Africa, and Europe at sunset time, while it will be seen from Eastern and Central America at noon and from USA and Canada at sunrise, the full duration of transit will be 5 hours and 30 minutes, Dr Marzouk added.
The transit of Mercury occurs during the inferior conjunction of Mercury, where the centre of three celestial objects (Sun, Earth, and Mercury) will be aligned on a straight line, and Mercury placed in between Sun and Earth.