Talks on Kalashnikov plant in Saudi Arabia at final stage

According to the developer, several Middle Eastern countries have applied for the delivery of advanced AK-12 and AK-15 rifles 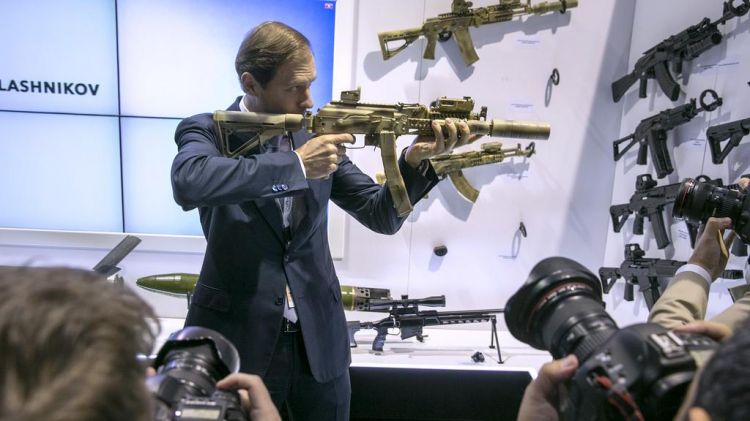 The talks on building a plant for producing legendary Kalashnikov rifles in Saudi Arabia are at the final stage, and the sides are now discussing the details of this project, CEO of Russia's state hi-tech corporation Rostec Sergei Chemezov told reporters at Dubai Airshow 2019, Eurasia Diary reports citing Tass.

"Now we are hashing over the details of this project. The talks on building a plant on manufacturing Kalashnikov rifles in Saudi Arabia are now at the final stage," Chemezov said.
Head of Russia’s Federal Service for Military Technical Cooperation Dmitry Shugayev said on Sunday that Russia was in talks with Saudi Arabia on a licensed production of AK-103 assault rifles. According to him, several Middle Eastern countries have applied for the delivery of advanced AK-12 and AK-15 rifles.
The 16th international aerospace exhibition Dubai Airshow 2019 runs from November 17 until November 21 in Dubai. The Russian exposition with a total area of 750 square meters is organized by arms exporter Rosoboronexport, which is part of Rostec corporation. In addition to Rostec and Rosoboronexport stands, eight leading Russian holding companies producing Air Force, Air Defense and electronic warfare equipment will showcase their products, including United Aircraft Corporation (UAC), Russian Helicopters, United Engine Corporation (UEC), NPO High-Precision Systems, Almaz-Antey Concern, Shvabe and others.