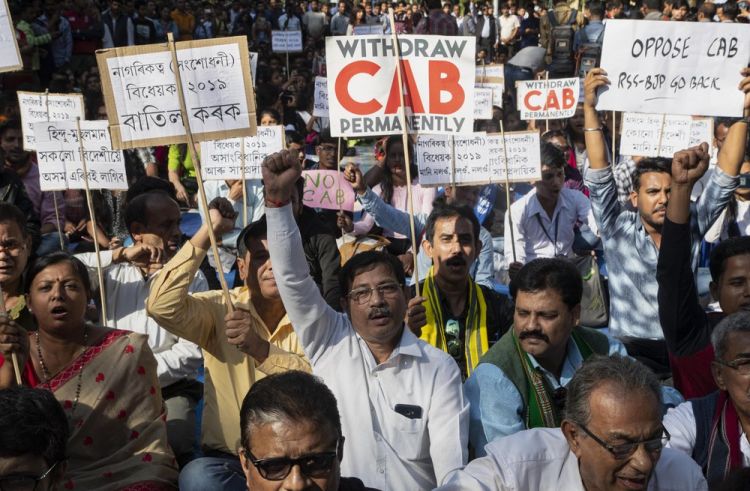 The marchers took to the streets of Gauhati, the Assam state capital, carrying placards opposing the bill that’s likely to be introduced in Parliament next week for approval.

A large number of migrants from Pakistan, Bangladesh and Afghanistan live in the state.

Main opposition Congress party leader Rahul Gandhi said Thursday the bill was discriminatory as it aimed at excluding Muslim migrants. It will entitle only communities like Hindus, Sikhs, Buddhists and Christians for India’s citizenship.

The proposed bill seeks to relax to six years the existing 11-year requirement that a person must live in India to apply for citizenship.