'We have no secret' - Putin reveals he informed Medvedev about government resignation
Read: 307

Over 1,000 Russian marines land on Caspian coast in large-scale drills 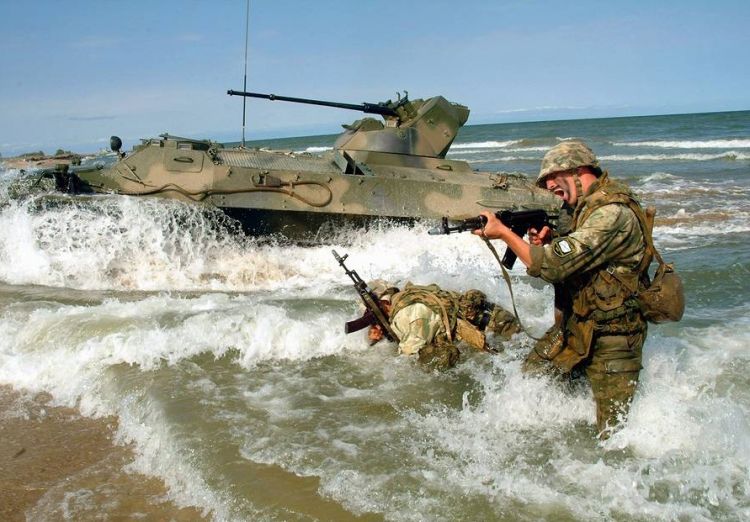 "The drills involve more than 1,000 servicemen of the Caspian Flotilla’s marine infantry, 20 ships, Serna amphibious assault boats and support craft, about 200 items of armament, military and special hardware, and also six Mi-8AMTSh ‘Terminator’ helicopters from the 4th Air Force and Air Defense Army of the Southern Military District," the press office said in a statement.

Under the drills’ scenario, the troops performed a march on BTR-82A armored personnel carriers from practice ranges in Dagestan to the area of forming columns and boarded amphibious assault boats.

The marines seized a bridgehead on the coast and launched an operation to break through the enemy’s defense and eliminate its forces. The armored personnel carriers provided fire support with small arms and grenade throwing against enemy positions. The artillery units fired Nona guns.

The company-level tactical drills will come to a close at the end of the week with the troops’ march to their permanent bases, the Southern Military District said.