US overtakes China as country with most recorded COVID-19 cases | Eurasia Diary - ednews.net

daily news
Brent price down below $23 per barrel
US allocates funds to Georgia amid COVID-19 pandemic
Almost 99% of China''s major industrial firms resume work
Russian artillery received a new multiple launch rocket system
Parliamentary and Presidential elections in occupied Nagorno-Karabakh are illegal, says Chairman NCHR
Number of coronavirus cases in Germany rises to 57,298
How Coronavirus spread in the world? - Secret labs alleged to work on a new type of bioweapons
Kurds carried out a missile strike on the Turkish-backed forces in Aleppo
﻿

US and EU have no desire to lend a helping hand to Italy, however China and Russia give life support to Italians - -American Expert
Read: 6995

US overtakes China as country with most recorded COVID-19 cases 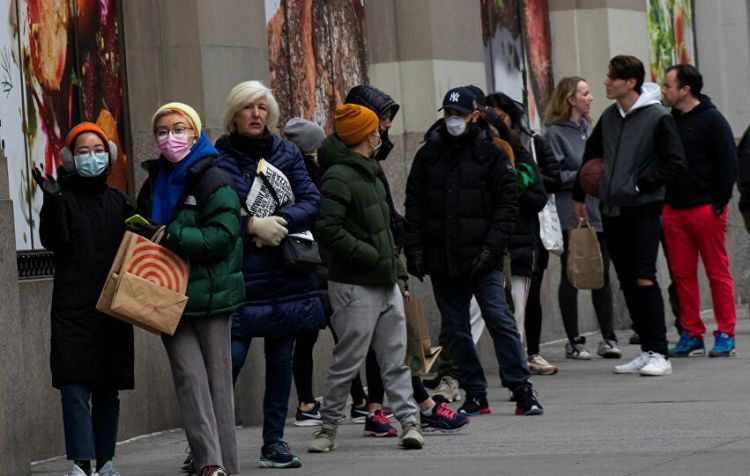 The US on Thursday became the country with the highest number of confirmed COVID-19 novel coronavirus cases, surpassing China, where the virus originally broke out, EDNews reports citing Sputnik.

According to the New York Times’ database, the US overtook China when a total of 81,321 people were recorded as having contracted the disease. In addition, 1,180 Americans have died of the respiratory illness, which can cause the lungs to fill with blood.

During a Thursday White House briefing, US President Donald Trump attributed the spike in diagnoses to increased testing for the virus.

“I think it’s a tribute to our testing,” he told reporters spaced out across the briefing room to maintain social distancing. “We’re testing tremendous numbers of people and every day,” he said, going on to suggest that the number of tests being publicized by the Chinese government could not be trusted.

In New York City, which has become the epicenter of the US outbreak with more than 37,000 cases by itself, hospitals are quickly becoming overloaded and beginning to mirror the situation witnessed in Italy in recent weeks.

Between Tuesday and Wednesday night, 88 people died in New York City from COVID-19, and Mayor Bill DeBlasio has predicted that half of the city’s population of 8.1 million people will eventually contract the disease. The New York Times quoted one doctor at Elmhurst Hospital Center in Queens who described the situation as “apocalyptic,” with 13 people dying in the hospital in just one shift. The publication noted that some died in the waiting room while waiting for beds and ventilators to become available.