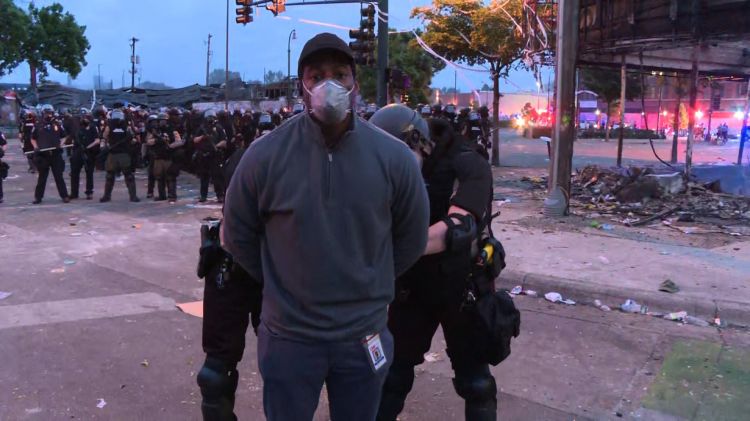 CNN journalist Omar Jimenez has been taken into police custody during a live broadcast at the site of the protests in Minneapolis, after clearly identifying himself to officers, EDNews.net reports citing CNN.

Jimenez's crew, including a producer and a camera operator, were also placed in handcuffs.

The CNN camera was also taken into custody and continued to record as the crew was handcuffed, with police seemingly unaware that the camera was still on.