Russia is challenging US and NATO with unique armaments of the Su-57 fighter
Read: 967 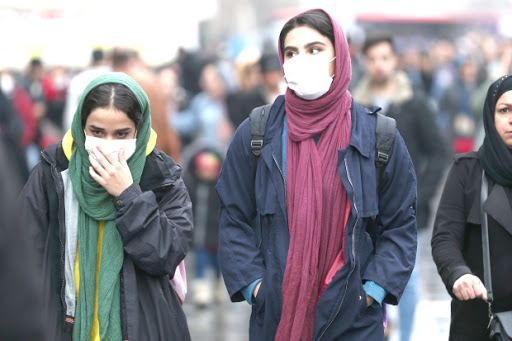 As many as 2,489 people have been infected with the coronavirus (COVID-19) in the past 24 hours in Iran, said Sima Sadat Lari, spokesman for Iran's Ministry of Health and Medical Education, EDNews.net reports citing Trend.

According to Sadat Lari, 144 more people have died from the coronavirus over the past day.

Sadat Lari added that the condition of 2,946 people is critical.

The official said that situation was dire in Khuzestan, Kermanshah, Kurdistan, Hormozgan and West Azerbaijan provinces.

So far, more than 1.61 million tests have been conducted in Iran for the diagnosis of coronavirus.

Iran continues to monitor the coronavirus situation in the country. According to recent reports from the Iranian officials, over 222,600 people have been infected, 10,508 people have already died. Meanwhile, over 183,300 have reportedly recovered from the disease.

The country continues to apply strict measures to contain the further spread. Reportedly, the disease was brought to Iran by a businessman from Iran's Qom city, who went on a business trip to China, despite official warnings. The man died later from the disease.

The Islamic Republic only announced its first infections and deaths from the coronavirus on Feb. 19.

The outbreak in the Chinese city of Wuhan - which is an international transport hub - began at a fish market in late December 2019.

The World Health Organization (WHO) on March 11 declared COVID-19 a pandemic. Some sources claim the coronavirus outbreak started as early as November 2019.