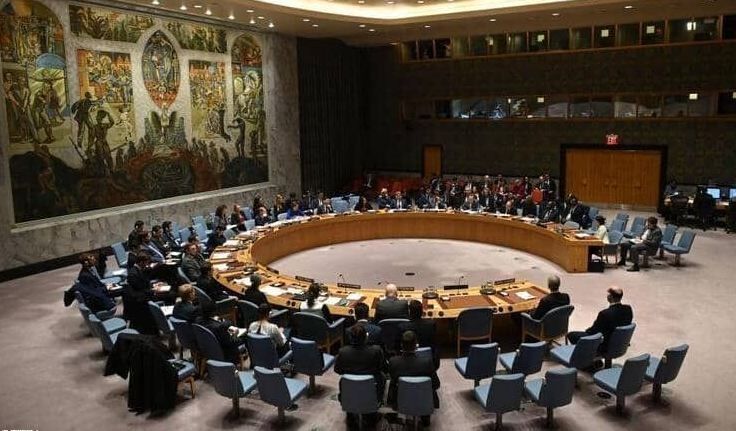 United Nations Security Council slated to discuss implementation of the resolution 2231 will lead to isolation of the US steering clear of other member states compared to their firm support for Iran nuclear deal known as the Joint Comprehensive Plan of Action (JCPOA), EDNews.net reports citing IRNA.

After several years of negotiations and intense diplomacy between Iran and permanent members of the United Nations, EU and Germany, they reached an agreement which endorsed by the consensus Resolution of the Security Council 2231.

The program led to the lifting or suspension of the US unilateral sanctions against the Iranians and at the same time six UNSC resolutions of sanctions were also lifted.

Under the mechanism defined in the resolution, the UN Secretary-General was obliged to present a report on the implementation of the resolution to the Security Council every six months.

Accordingly, the report is supposed to be read officially in Tuesday session and it be will be reviewed by other members.

In his earlier reports the UN Chief presented positive-tone reports based on the report of the Director General of the International Atomic Energy Agency (IAEA), which has always verified the implementation of Iran's commitments.

In his reports after US withdrawal from Iran nuclear deal and imposition of economic terrorism against Iranians in total disregard of the resolution 2231, he just expressed regret and focused on Attachment to Annex B of the resolution.

“The Security Council further affirmed that full implementation of the JCPOA would contribute to building confidence in the exclusively peaceful nature of Iran’s nuclear program and emphasized that the JCPOA is conducive to promoting and facilitating the development of normal economic and trade contacts and cooperation with Iran,” it added.

US Secretary of State Mike Pompeo had earlier claimed that the US is still a participant to the UNSC Resolution 2231 and can request an extension of Iran’s arms embargo based on the Article 11 of the Resolution.

With its unilateral exit from Iran nuclear deal two years ago, the United States violated its commitments under the 2015 multilateral accord and a subsequent UNSC Resolution 2231 as well.

Russia, China, as two other signatories to Iran nuclear deal, as well as some European countries and Iran have made clear that the US claim is a misconception of the Resolution. They reiterated that Washington is no longer a party to Iran nuclear deal as it has unilaterally withdrawn from the accord.

US president withdrew unilaterally from the July 2015 JCPOA signed by Iran and the six world powers including US, UK, France, China, Russia and Germany.

Iranian cabinet in a statement on January 5, announced the country's decision to take the final step to reduce commitments to the JCPOA.

The cabinet further stated in its statement that as the fifth step to reduce its commitments, Iran will abandon the last key restriction in the operation field put up in the JCPOA literally "the limitations in the number of centrifuges".

It added that Iran's nuclear program will not face any kind of restrictions in such areas and will go on according to the country's technical needs.