American student locked in Egyptian prison for over a year without trial is freed, returns to US | Eurasia Diary - ednews.net

“Armenia once again demonstrates that it cannot live in peace with its neighbors” - Azerbaijani Presidential aide
Read: 720

US blocked major arms deals with Turkey, including the F-16 modernization
Read: 712

'I want to thank all the young people in this country!' - UNICEF Representative to Azerbaijan on International Youth Day - VIDEO
Read: 698

American student locked in Egyptian prison for over a year without trial is freed, returns to US 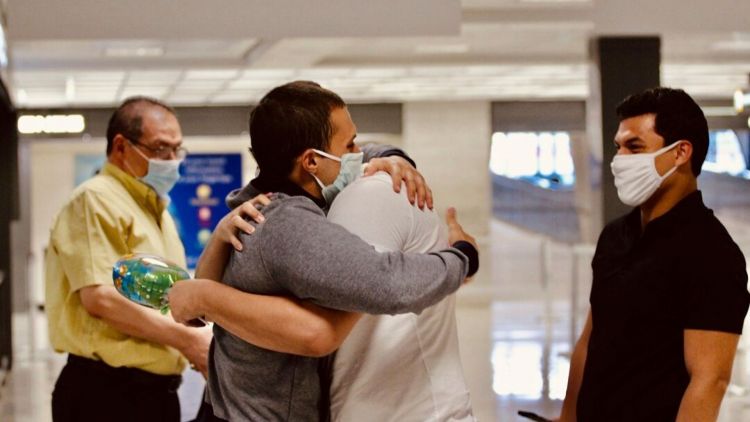 An American medical student imprisoned in Egypt for more than a year returned to the United States on Monday, the State Department said, EDNews.net reports citing Fox News.

Mohamed Amashah, an Egyptian-American from New Jersey with dual citizenship, had been held in pretrial detention for over 500 days on charges of “misusing social media” and “aiding a terrorist group,” according to the Freedom Initiative, which advocated for his release.

“We welcome the release of U.S. citizen Mohamed Amashah from Egyptian custody, and thank Egypt for its cooperation in his repatriation,” the State Department said.

Amashah was arrested after he was spotted alone in Cairo's Tahrir Square in March 2019 holding a sign that read: "Freedom for all the political prisoners." He was arrested and sent to the Tora prison complex, where he stayed for almost 16 months.

Protesting has been illegal in Egypt since 2013 when President Abdel Fattah el-Sissi, as defense minister, led the military’s ouster of Mohamed Morsi, Egypt’s first democratically elected president, amid mass protests against his rule.

Tahrir Square, where Amashah held his sign, was the epicenter of Egypt's 2011 Arab Spring movement.

In prison, Amashah's health declined amid the coronavirus pandemic, prompting American officials to call for his release. He suffers from asthma and an autoimmune disease, which makes him suspectable to the disease.

In a statement, the Freedom Initiative called the release "welcomed progress and a step forward in the right direction that we hope is built on for the release of the political prisoners in Egypt."