Biden says he will keep U.S. in WHO if elected president | Eurasia Diary - ednews.net

Over 160 tanks and armored vehicles arrive for Russian Army and Airborne Force
Read: 694

Biden says he will keep U.S. in WHO if elected president 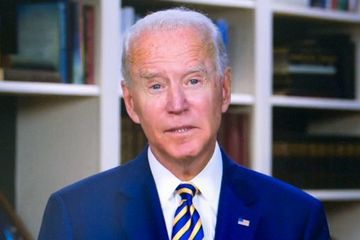 "Americans are safer when America is engaged in strengthening global health. On my first day as President, I will rejoin the @WHO and restore our leadership on the world stage," the presumptive Democratic candidate wrote on Twitter.

Spokesperson for the UN Secretary-General Stephane Dujarric said that the U.S. has notified the United Nations about its withdrawal from the World Health Organization (WHO) from July 6, 2021.