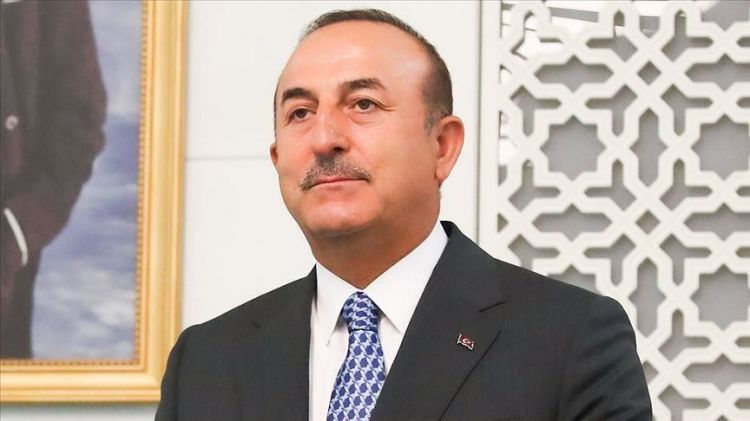 In a separate phone conversation, Cavusoglu also addressed the recent developments in the Eastern Mediterranean with his Lithuanian and Bulgarian counterparts Linas Linkevicius and Ekaterina Zaharieva.

The phone calls came ahead of European Union's extraordinary Foreign Affairs Council, which is to be held on Friday to address recent tensions between Athens and Ankara in the Eastern Mediterranean after Turkey announced it would continue seismic research and surveying with its drillship.

As part of the country's hydrocarbon surveying activities, Turkey issued a NAVTEX (navigational telex) on Aug. 10, 2020, announcing that its Oruc Reis vessel would begin conducting fresh seismic research in the Eastern Mediterranean.

Turkey’s decision came following a controversial delimitation deal signed between Greece and Egypt, only a day after Turkey said it would postpone its activities in the region as a sign of goodwill after mediation efforts from Germany.

But after declaring the deal “null and void,” Turkey authorized the Oruc Reis to continue its activities in an area that is within Turkey’s continental shelf.

The ship will continue seismic activities in the Eastern Mediterranean along with the Cengiz Han and Ataman vessels until Aug. 23.

Turkey’s decision to announce new exploration in the Eastern Mediterranean raised alarms in Greece on Monday as Athens responded with its own notice and by placing its navy on alert.