We will never allow the establishment of a second Armenian state on the territory of Azerbaijan - Ilham Aliyev
Read: 391

“A hand grabbed my leg, I saw it was my daughter…” - our resident who suffered from the Armenian attack - PHOTOS
Read: 278

Azerbaijan army liberated a number of regions from Armenian occupation 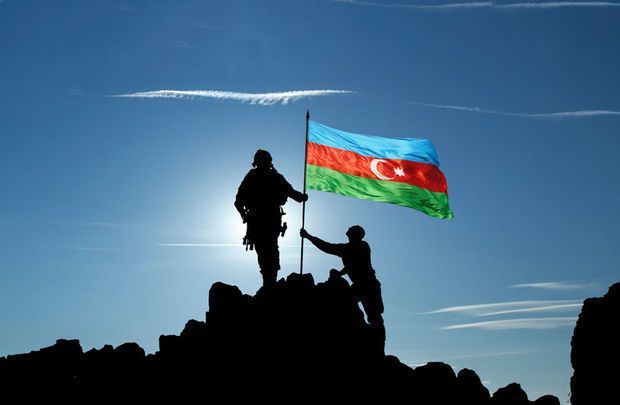 As a result of a successful counterattack by Azerbaijani troops, a number of our occupied villages, important heights and favorable areas were liberated from the enemy.
The statement came from Defense Ministry spokesman Anar Eyvazov, Eurasia Diary reported.
He noted that as a result of operations on the frontline in the direction of Fizuli and Jabrayil, Garakhanbeyli, Garvand, Horadiz, Yukhari Abdulrahmanli, Boyuk Marjanli, Sharvanj, Nuzgar villages of Fizuli region, which have been under occupation for many years, were liberated.
In addition, enemy posts in the direction of the Aghdara region and in the heights of the Murovdagh range were destroyed, and the ruling heights were taken under control. The combat operation continues.