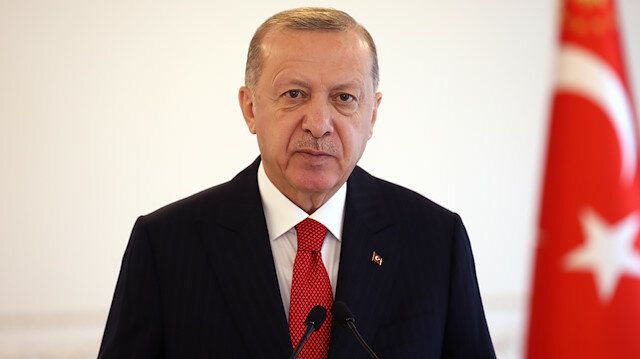 "We have made good progress on our local vaccine. We plan to bring our own vaccine in the market by April at least," Erdogan told the Justice and Development (AK) Party's parliamentary group.

Turkey is closely following vaccine developments in China, Russia, the US and Europe, the president said.

"We have already given pre-orders for some of them. We hope to give the first shots of the vaccines by end of this month," he said.

He went on to say that the vaccine should be used for the common good of humanity regardless of political differences or commercial incentives.

"We believe that it does not make any sense for individual countries to secure themselves before the whole world is freed from the epidemic threat," he said taking a jab at developed nations.

Clinical tests of the Turkish vaccine are progressing smoothly with none of the volunteers exhibiting any side effects.

Up until now, 44 volunteers are participating in phase 1 trials of the ERUCOV-VAC vaccine.

Since it emerged last December in China, COVID-19 has infected over 59.82 million people and claimed more than 1.41 million lives worldwide, according to a tally by the US’ Johns Hopkins University.