This is an attempted coup - Pashinyan appealed to his supporters | Eurasia Diary - ednews.net

This is an attempted coup - Pashinyan appealed to his supporters 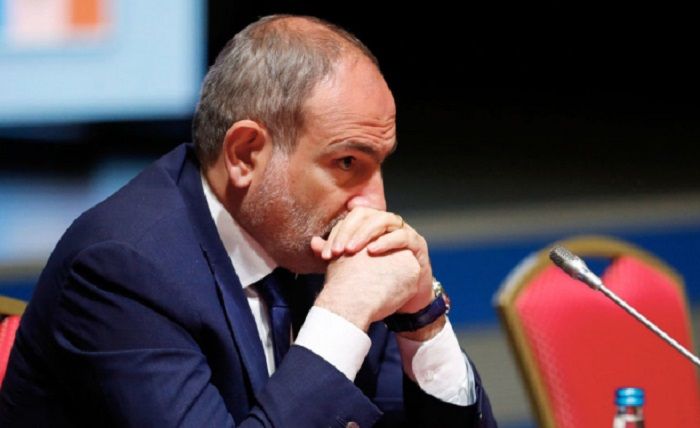 Armenian Prime Minister Nikol Pashinyan considers the statement of the General Staff of the Armenian Armed Forces to be an attempt at a military coup. He wrote about this on his Facebook page.
"I invite all our supporters to the Republic Square right now. In the near future I will make a statement on the air," he wrote.
Earlier, the General Staff of the Armenian Armed Forces issued a statement demanding the resignation of Prime Minister Nikol Pashinyan.
The statement, signed by Chief of the General Staff Onik Gasparyan, all his deputies, heads of departments and commanders of all large military formations, says that the General Staff expresses its strong protest against short-sighted and unreasonable steps, in particular, the dismissal of the first deputy chief of the General Staff.
The statement says that the Armenian Prime Minister and the government are no longer able to make adequate decisions at the current momentous and critical moment.
"For a long time, the Armenian armed forces patiently endured the attacks of the current authorities against the army, but there is a limit to everything. The Armenian armed forces honorably fulfilled their duty, fought the enemy side by side with the people. The ineffective management of the current authorities and serious mistakes in foreign policy led the country to the brink of death, "- said in a statement.
Based on the current situation, the Armed Forces are demanding the resignation of the Prime Minister and the Government, at the same time warning against the use of force against the people, whose sons died defending the Motherland. The army has always been with the people, as well as the people with the army, the authors noted.