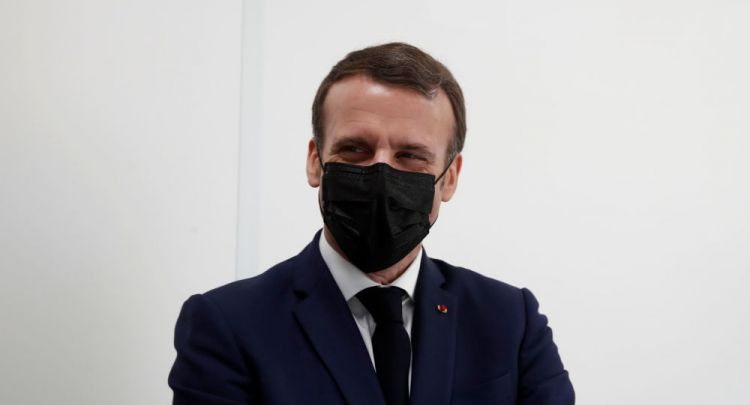 French President Emmanuel Macron, during a telephone conversation with Iranian President Hassan Rouhani, expressed concern over decisions made by Iran in violation of the Joint Comprehensive Plan of Action (JCPOA), the Elysee Palace said in a statement, Eurasia Diary reports citing Sputnik.

The telephone talks between the two leaders took place on Tuesday.

"As regards the nuclear dossier, the President of the Republic stressed his deep concern over the decisions made by Iran in violation of the 2015 Vienna agreement, and the need for the country to return to compliance with its obligations, as well as to full cooperation with the IAEA," the statement said.

Macron stressed the importance of Iran making clear steps without delay to resume dialogue by all parties to the deal.

The Wall Street Journal reported earlier that Tehran had rejected the offer of the United States and the European Union to hold direct negotiations over the nuclear deal, or to have direct nuclear talks with the US just yet, seeking guarantees that Washington will remove sanctions after the meeting.

Washington reacted with disappointment, but said Tuesday that the offer remains on the table, while Russia’s Permanent Representative to the IAEA Mihail Ulyanov said earlier that Iran's refusal to meet for informal consultations on the nuclear agreement with Washington is not Tehran's "final say."

After the United States unilaterally withdrew from the nuclear deal and re-imposed sanctions on Iran, the latter began to gradually abandon its own commitments under the accord.

In December, Iran passed a law to increase its uranium enrichment and stop IAEA inspections of its nuclear sites in a bid to achieve the removal of US economic sanctions. In early January, Iran's atomic energy organization announced that the country had succeeded in enriching uranium at 20 percent at the Fordow Fuel Enrichment Plant.

Iran had also threatened to suspend all IAEA inspections of the country's nuclear facilities by February 23 if the US sanctions were not lifted by that time. However, after talks with the international watchdog, Tehran agreed to prolong the inspections but in a limited capacity.