France’s stance towards the conflict between Armenia and Azerbaijan is much alike of its acts in the period of Crusades - Expert
Read: 406 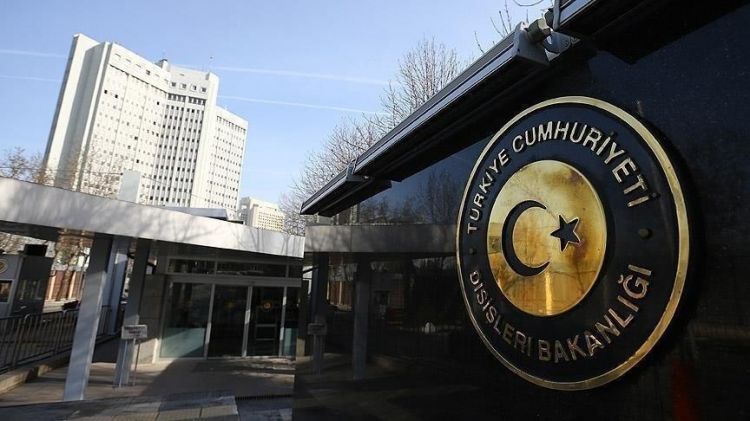 Turkey's Foreign Ministry on Tuesday reiterated its call on the international community to hold those accountable for violating international law, citing a report by the Organization for the Prohibition of Chemical Weapons (OPCW) on the use of chemical weapons in Syria, Eurasia Diary reports citing Anadolu Agency.

The OPCW’s Investigation and Identification Team (IIT) revealed the responsibility of the Bashar al-Assad regime in another chemical weapons attack, the ministry said.

Stressing that the use of chemical weapons is a serious violation of the Chemical Weapons Convention (CWC) as well as a crime against humanity and a war crime, the Foreign Ministry reiterated Turkey's call that those responsible for these attacks should not go unpunished.

Turkey continues to support efforts on providing accountability in Syria, the ministry added.

On Monday, the OPCW's report found that the Assad regime used chemical weapons against the town of Saraqib in 2018.

The OPCW, the implementing body for the CWC based in The Hague, the Netherlands, with its 193-member states, oversees the global endeavor to permanently eliminate chemical weapons.

The Assad regime’s use of chemical weapons was previously confirmed by UN investigators as well as the OPCW.

The Assad regime’s use of chlorine as a chemical weapon is a violation of its obligations under the CWC, to which it is a party, as well as UN Security Council Resolution 2118.