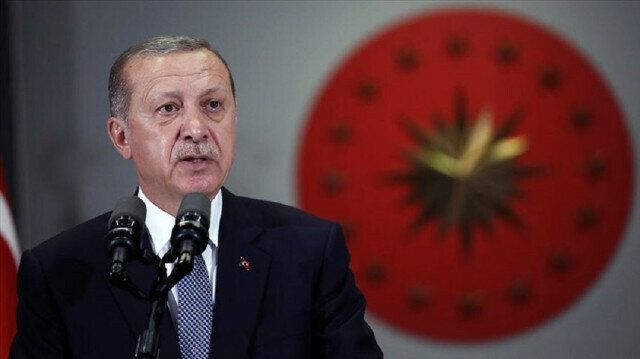 Erdogan's comment came at a high-level meeting where key issues of national interest were discussed.

They included, “a new Constitution, anti-democratic initiatives and so-called Armenian genocide slander,” according to a statement from Turkey's Communication Directorate.

“The negative attitude of Greece on Cyprus, Eastern Mediterranean and Aegean issues and the pressure on the Turkish minority in Western Thrace” were also discussed during the meeting.

Erdogan said Turkey wants to “celebrate the 100th anniversary of our Republic with a new and civilian Constitution, not with the coup constitution, but with the consensus of our nation.”

We will launch all-out efforts for a new Constitution in line with the needs of our country and the expectations of our nation, the Turkish leader said.

In March, Erdogan said that Turkey's new constitution will be encompassing and liberal.

Turkey's position on the events of 1915 is that the deaths of Armenians in eastern Anatolia took place when some sided with invading Russians and revolted against Ottoman forces. A subsequent relocation of Armenians resulted in numerous casualties.

Turkey objects to the presentation of these incidents as "genocide," describing them as a tragedy in which both sides suffered casualties.

Ankara has repeatedly proposed the creation of a joint commission of historians from Turkey and Armenia as well as international experts to tackle the issue.

In 2014, then Prime Minister Erdogan expressed condolences to the descendants of Armenians who lost their lives in the events of 1915.