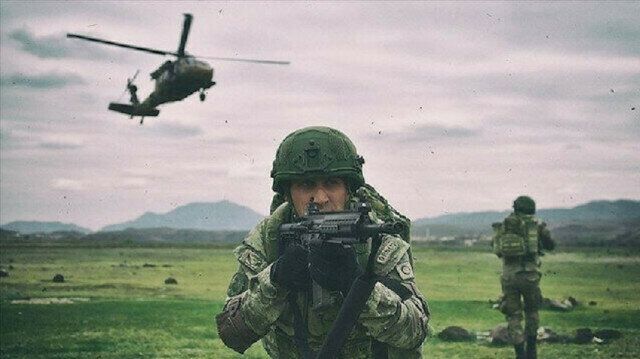 The ministry reported that the terrorists who martyred Turkish Specialist Corporal Yasin Ozdemir were "neutralized" by the Turkish Air Force.

Turkish authorities use the word “neutralized” in statements to imply terrorists in question either surrendered, were killed or captured.

"All terror lairs will be destroyed, and not a single martyr's blood will remain unavenged," the ministry said on Twitter.

PKK terrorists often hide out in northern Iraq, across Turkey’s border, to plan attacks in Turkey.