Resolution of Syria’s humanitarian problems does not depend on cross-border aid - Diplomat | Eurasia Diary - ednews.net

Information spread by Armenia about alleged firing and fighting in several directions has no basis - MoD
Read: 215 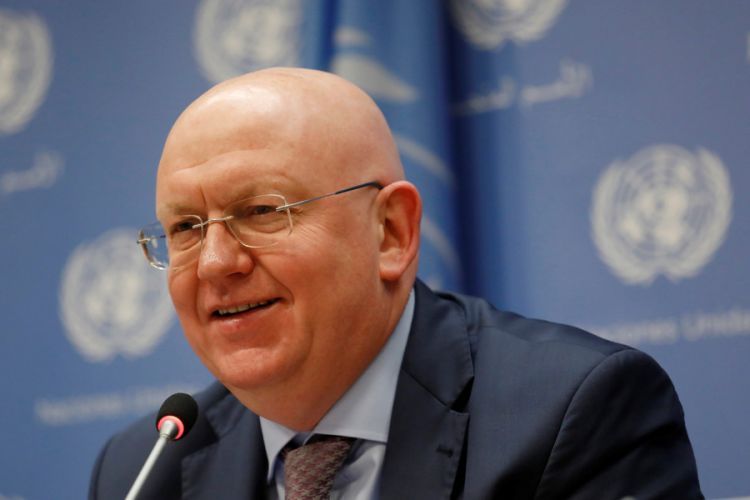 Syria’s humanitarian problems should be resolved with due respect to the country’s sovereignty and the Mechanism for Cross-Border Aid Delivery into Syria (CBM) must not be used without Damascus’ authorization, Russian Permanent Representative to the United Nations Vassily Nebenzia said on Wednesday, Eurasia Diary reports citing Tass.

"There is a solution to the serious humanitarian problems in Syria and such a solution is not the extension of the cross-border mechanism," he said at a United Nations Security Council meeting. "The reasoning that it is more convenient for humanitarian deliveries is not convincing. We are convinced that the task of respecting Syria’s sovereignty and territorial integrity, as we have been repeatedly saying, must be observed not only in words but in deeds."

"It is pointless to speak about the CBM extension until our Western colleagues convince us in word and in deed that they are committed to this task. We do have time till zero hour and we have it won’t be wasted," he added.

According to the Russian diplomat, the experience of the closure of cross-border checkpoints demonstrates that Damascus distributes aide inside the country more efficiently and reaches destination more precisely. He argued with UN Secretary General Antonio Guterres who said in a video address earlier that Syria would face catastrophic consequences without cross-border assistance. "I was surprised to hear the secretary general say in his address that deliveries across the contact line would never - I would like to stress this his word - be able to replace the cross-border mechanism in the current volume. How can we interpret that? Does it mean that the cross-border mechanism would stay in place forever? I cannot interpret these words otherwise," Nebenzia stressed.

The decision to launch cross-border humanitarian assistance to Syria was passed in July 2014 as a response measure to the dramatic decrease in access to the population because of heated hostilities. Thus, Resolution 2165 stipulates the establishment of several checkpoints at Syria’s borders and the deployment of a United Nations monitoring mission to inspect incoming cargoes to prevent weapons supplies.

In January 2020, the United Nations Security Council extended the cross-border aid mechanism through only two checkpoints at the border with Turkey - Bab al-Hawa and Bab l-Salam. In July 2020, Russia and China vetoed the mechanism’s extension via these two checkpoints and the United Nations Security Council adopted a resolution extending the cross-border aid mechanism for one more year via only one checkpoint - Bab al-Hawa. Moscow and Damascus however insist on gradual scaling down of this mechanism as the Syrian government regains control of more and more Syrian regions and humanitarian assistance can now be delivered from inside the country in coordination with Damascus, as is envisaged by international humanitarian law.

Another voting on the cross-border aid mechanism extension is expected to be held until July 11.