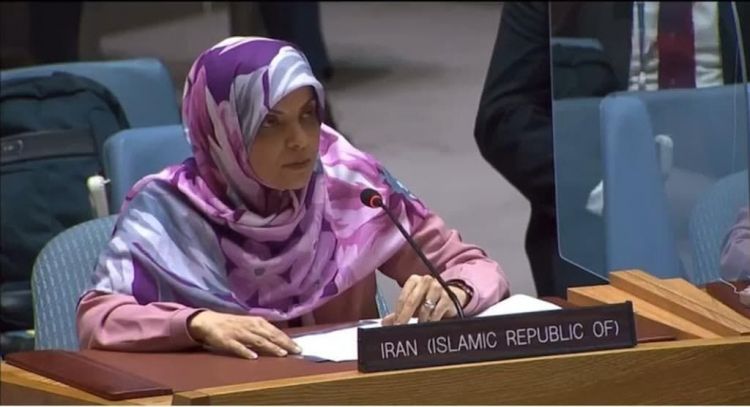 Zahra Ershadi, ambassador and deputy permanent representative of the Islamic Republic of Iran to the United Nations, said the remark in a UN Security Council meeting on humanitarian developments in Syria.

Ershadi emphasized, "We as a country which has been under cruel sanctions for decades, condemn the use of food and medicine bans, because such actions are irresponsible, immoral and illegal."
The diplomat went on to say that resorting to such tactics has only extended the period of suffering for the Syrian people, postponed the return of refugees and hindered efforts to reconstruct the war-torn country.

Therefore, lifting of the unilateral sanctions should be one of the main issues discussed when it comes to paying attention to humanitarian aspects of the crisis in Syria, she noted.

The Syrian people should be assisted so as to reduce their agony, pave the way for the Syrian refugees' return to their homeland and play a role in long-term stability of the country, the official urged.

The permanent member states and observer states of the UN Security Council as well as Syria, Turkey and Iran convened on Wednesday to discuss the situation in the West Asia and Syria.