16th round of Astana talks on Syria to be held July 7-8 | Eurasia Diary - ednews.net 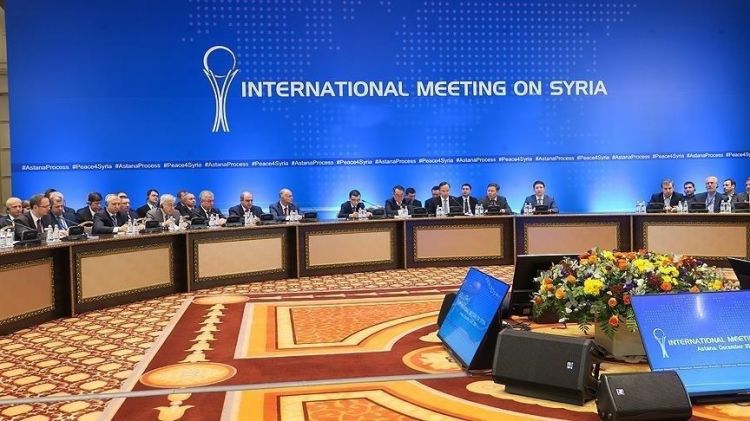 In a statement, the ministry said delegations from the guarantor countries of Turkey, Iran and Russia alongside the Syrian government and the Syrian armed opposition groups are expected to attend the international high-level meeting on Syria.

The high representatives of the United Nations, Jordan, Lebanon and Iraq will take part in the talks as observers, the statement added.

The 16th meeting of the Astana Peace Process had been postponed due to the COVID-19 pandemic.

The meeting will focus on the situation on the ground in Syria, the socio-economic and sanitary-epidemiological issues, international humanitarian assistance to Syria, prospects of the resumption of the work of the Syrian Constitutional Committee in Geneva, confidence-building measures including prisoner exchanges, the release of hostages and the search for missing persons.

Additionally, as part of the Astana talks, the meeting of the Working Group on Forcibly Detained Persons with the participation of the guarantor states, the UN, and experts from the International Committee of the Red Cross (ICRC) will be held, it added.

Syria has been ravaged by a civil war since early 2011, when the Bashar al-Assad regime cracked down on pro-democracy protesters.

Turkey has long been a major player in peace initiatives, including the Astana process and cease-fire efforts with Russia.