Turkey ready to take control of Kabul airport if it gets support from US | Eurasia Diary - ednews.net 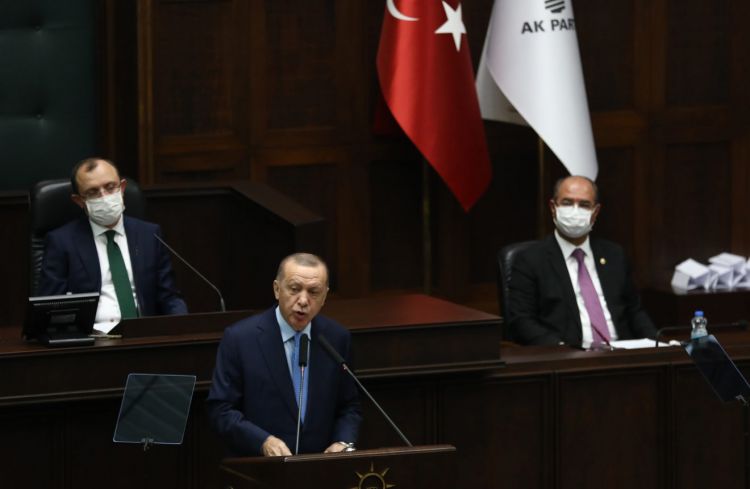 Turkey is ready to take over the management of the Kabul airport, if the United States provides the necessary support, Turkish President Recep Tayyip Erdogan said on Tuesday during his visit to the self-proclaimed Turkish Republic of Northern Cyprus, Eurasia Diary reports citing Tass News.

"A new era is beginning in Afghanistan and in the region, with Turkey standing along the United States and NATO. The United States has decided to withdraw its troops from Afghanistan, and it wants Kabul’s airport to continue to operate. We view that in a positive light, and, of course, we have several conditions for the United States both in diplomatic relations and in logistics," he stressed in an interview with the TRT TV channel. "If the necessary support is provided to us, we will think about taking over the management of the Kabul airport."

Erdogan also announced plans to discuss the situation in Afghanistan with the Taliban radical group (outlawed in Russia).

After President Joe Biden’s statement about the completion of the US operation in Afghanistan and plans to withdraw its troops, the situation in that country deteriorated dramatically. On July 13, the Pentagon said that US troop withdrawal from Afghanistan had been more than 95% complete. On the other hand, the Taliban announced that it had been able to gain control of over 85% of the republic’s territory, including areas located along the border with five countries - Iran, China, Pakistan, Tajikistan and Turkmenistan.

Meanwhile, on July 13, the 1TV Afghan television channel cited the Taliban’s statement, which stressed it was ready to attack Turkish forces if they remained on Afghan soil. The Taliban called on the Turkish leadership to abandon the decision, which "creates problems between the Muslim peoples of both countries."