France is ready to consider all defense applications submitted by the Armenian authorities. | Eurasia Diary - ednews.net

Proposal of great aid package by EU to Armenia, not to Azerbaijan whose territory was subjected to occupation, is not understandable - Farid Shafiyev
Read: 235

France is ready to consider all defense applications submitted by the Armenian authorities. 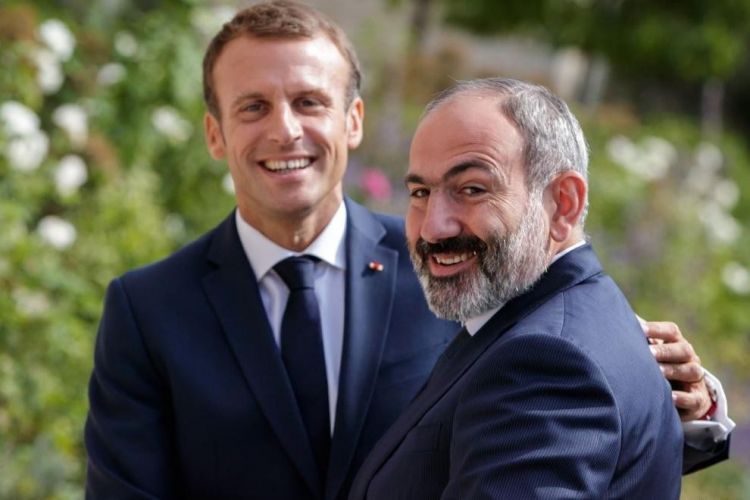 On July 20, 2021, French Ambassador to Armenia Jonathan Lacotte gave an interview on Radio Liberty about the consideration of the defense applications submitted by the Armenian side. "Regarding defense cooperation between Armenia and France, we will be ready to consider all the applications sent to us by the Armenian authorities. Of course, we have to take into account some realities. France and Armenia are not members of the same military alliances," he said.
The head of French delegation in Armenia said that the goal of France is to help Armenia to solve regional problems, which mostly relate to the resentment of residents and authorities, caused by the loss of the second Karabakh war. The French Ambassador also said that the status of Karabakh is still an open issue and sees the solution through dialogue between the co-chairs of the OSCE Minsk Group. He also underscored that the OSCE Minsk Group is the only format accepted by all sides for discussing these issues. Touching upon the question of why the ambassadors of the United States, Russia, France and Britain in Baku refused to visit Shusha on July 9-10 at Aliyev's invitation, Lakot said:
"There is one reality: the status of Nagorno-Karabakh must be determined by negotiations within the framework of OSCE Minsk Group. Until that status is defined, neither the French ambassador in Baku nor the French ambassador in Yerevan can visit Karabakh".
The President of Azerbaijan responded to this statement by saying that the status of Nagorno-Karabakh is out of the question because Karabakh is an inseparable part of the Republic of Azerbaijan and it is not subject to discussion. But it is necessary to note that the OSCE Minsk Group was created in 1992 and for 30 years of its existence co-chairs could not have settled the Karabakh conflict. From the very beginning it was clear to everybody that the aggressor and the occupier is Armenia in the territory of Azerbaijan, as the territory of Nagorno-Karabakh was internationally recognized territory of the Republic of Azerbaijan by the world. The resolutions of the UN Security Council adopted in 1993 affirm it.  History shows that the OSCE Minsk Group is ineffective in resolving the Nagorno-Karabakh issue.
The statement by the French Ambassador in Armenia may be a message to delegitimize the November 9, 2020 trilateral agreement on a cease-fire in Karabakh. However, one of the three parties that signed that document, Armenia, has other interests today. According to some reports, diplomats from France and Armenia are holding intensive meetings in Yerevan, Paris and New York, where the UN headquarters is located, and are considering adopting a new plan offering a review of the previous UN Security Council resolution on the situation in Nagorno-Karabakh and if this information is confirmed, such a step could have serious consequences for all world politics in the future. Paris, by adopting a new resolution of the UN Security Council, wants to create a status quo, where the main decision will be made related to Karabakh. Further, according to this project it is not ruled out that not only the introduction of French troops in the South Caucasus and their deployment along the Armenian-Azerbaijani border, but also entry into Karabakh is considered.  It was Nikol Pashinyan who first put forward the idea of foreign intervention into Armenia and he was the one who reiterated this idea during the meeting with Michel on July the 17th 2021. It should be noted that Charles Michel is Macron's protégé, since he owes his post in the EU with the help of French president. It should be noted that Michel - Manuel Macron - Nikol Pashinyan are a kind of "alliance of populists. It is possible that in this way France wants to turn Armenia into its personal geopolitical outpost in the Transcaucasian region.
France ambitions are understandable. Apparently, the November outcome of the Karabakh war and the conclusion of the trilateral agreement did not satisfy the claims of Emanuel Macron. And all what is happening now is just an attempt to get back into the region and gain a foothold there.
By Ramil Dzhannatov.