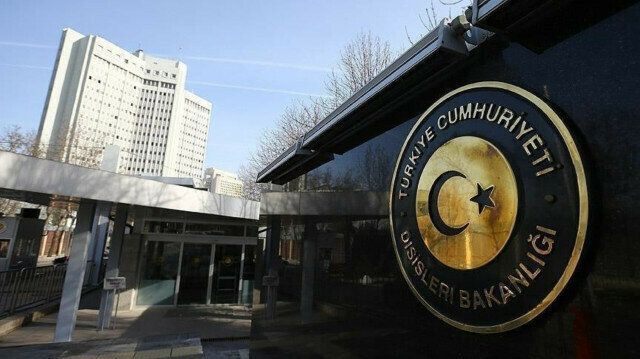 Turkey on Friday condemned an attack that targeted the UN compound in Afghanistan, Yeni Safak reports.

“We are saddened to receive the news that a police officer lost his life and many injured in an attack against the main compound of the United Nations in the city of Herat in Afghanistan today,” the Foreign Ministry said in a statement.

“We condemn this heinous attack targeting the United Nations, which strives to achieve peace and for the improvement of the humanitarian situation in Afghanistan, express our condolences to the family of the officer who lost his life, and wish a speedy recovery for the injured,” it added.

The Taliban staged coordinated assaults on Afghanistan's third-biggest city, Herat, for the first time in 20 years, officials confirmed on Friday.

Hours after the assaults, the UN Assistance Mission in Afghanistan (UNAMA) condemned in the "strongest terms" the attack in the western city near the border with Iran that resulted in the death of a police officer and injuries to others.

"The attack targeting entrances of the clearly marked United Nations facility was carried out by Anti-Government Elements," UNAMA said, adding that the area around Herat where the compound is located witnessed fighting between the Taliban and government forces.

The Taliban claimed it captured the Karkh and Guzara districts of Herat. Spokesman Zabihullah Mujahed said on Twitter that a large cache of arms and other resources were captured by fighters.

Guzara constitutes the doorstep of Herat, a city with a population of around 2 million.

Officials in the province told Anadolu Agency that five security force members were killed and 21 others were injured in Taliban assaults in Herat.

According to the head of the regional public hospital, Arif Jalali, among the injured were three civilians and 18 security forces wounded by gunfire.