Proposal of great aid package by EU to Armenia, not to Azerbaijan whose territory was subjected to occupation, is not understandable - Farid Shafiyev
Read: 225

Georgia could be platform in Turkish-Armenian rapprochement - Expert
Read: 225

With latest surrender, number of terrorists who laid down arms through persuasion efforts in 2021 rises to 120 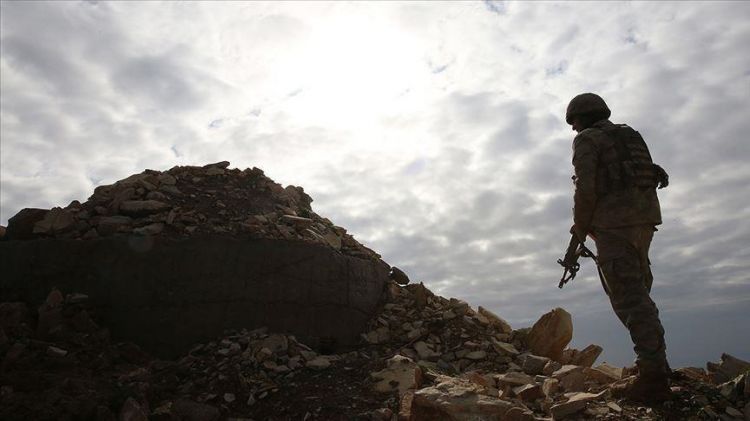 Two more PKK terrorists surrendered in Turkey as a result of persuasion efforts by security forces, the Interior Ministry said on Tuesday.
The ministry said the terrorists surrendered after fleeing the terror group thanks to the persuasion efforts by police and gendarmerie teams, bringing the number of terrorists who have surrendered through persuasion this year alone to 120.
The surrendered terrorists joined the PKK between 2014 and 2020 and were active in Turkey, Iraq, and Syria, the statement said.
It was determined that one of the terrorists joined the PKK in 1997 and was active in Iraq and Syria, while another member of the terror group was active in Europe.
According to Turkish officials, in recent years the terrorist PKK – battered and demoralized by Turkish security forces’ successful operations – has been hemorrhaging members and failing to attract new ones.
In its more than 35-year terror campaign against Turkey, the PKK – listed as a terrorist organization by Turkey, the US, and EU – has been responsible for the deaths of nearly 40,000 people, including women, children and infants.