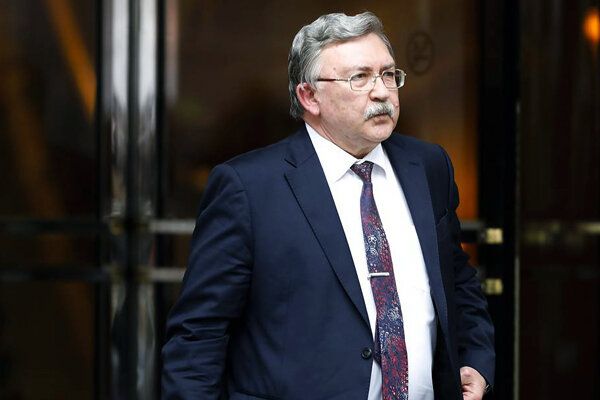 There is a need for a negotiated solution on JCPOA as well as enhanced regional dialogue, senior Russian diplomat stressed, reacting to E3 and US joint statement over PGCC's demand on JCPOA, Mehr news reports.

"I would single out positively from this Statement the message that there is the need for a negotiated solution on JCPOA as well as enhanced regional dialogue", Russia's Permanent Representative for Vienna-based International Organization said in his Twitter account.

"Other elements of this statement can cause mixed feelings", Mikhail Ulyanov added.

His remarks came in response to claims leveled by US Special Representative for Iran’s Affairs over Iran's nuclear deal known as JCPOA.

Met with the E3 political directors and senior officials from Egypt, Jordan, and the PGCC to discuss 2 paths open to Iran: continued nuclear escalation & crisis, or mutual return to the JCPOA, creating opportunities for regional economic & diplomatic ties. Time to choose is short, Robert Malley claimed in a tweet.

Iran and the remaining signatories to the JCPOA known as the P4+1 with the indirect involvement of the United States have held six rounds of talks so far with no results. The Western powers made excessive demands during the talks and the talks were halted amid the change in the government in Iran.

The Iranian deputy foreign minister and the new top negotiator said last Wednesday that the talks on the removal of the US sanctions on Iran will start on November 29.

As part of the remedial measures taken by Iran amid the indifference of the JCPOA parties to continued US violations of the JCPOA, Iran halted voluntary implementation of the Additional Protocol, which allows unannounced inspections of its nuclear sites by the IAEA inspectors as per a piece of legislation approved in the Iranian parliament last December as well as the JCPOA itself.

Referring to the agenda of Iranian negotiators in JCPOA-related talks in Vienna slated to be held on Nov. 29, the foreign ministry spokesman said that the focus of Vienna talks would be on lifting all illegal sanctions imposed by the United States on Iran.