Turkey will no longer be dependent on imports - Erdogan - ednews.net

Turkey will no longer be dependent on imports - Erdogan 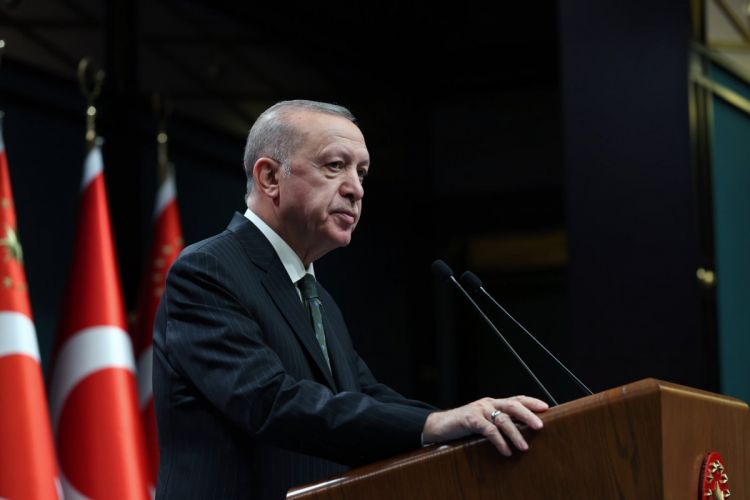 "Turkey will no longer be a country dependent on imports," President Recep Tayyip Erdogan said in a statement late Monday, Daily Sabah reports.

Speaking in a press conference after the Cabinet meeting at Ankara's Presidential Complex, the president underlined that Turkey is adamant on its new economic model that prioritizes lower interest rates, high employment numbers and more investments.

Erdogan also emphasized that Turkey is committed to the free market economy.

"Turkey neither has any intention nor need to step back from the free market economy and exchange regime," he said.

Turkey will also continue keeping its promise of protecting the Turkish public from the high cost of living, Erdogan also said.

No Turkish citizen will have to move their savings from the Turkish lira to a foreign currency, the president further declared.

Erdogan also said that the Turkish government is presenting a new financial alternative for citizens' savings to soothe their worries over exchange rates-which have reached record highs in recent days.

"For exporting companies that find it difficult to present prices due to fluctuations in foreign exchange rates, they will be given an exchange rate future through the Central Bank," he explained.

He also said stoppage (deductions) on companies' dividend payments will also be lowered to 10%.

The state subsidy rate on the personal pension system will be raised significantly from 5% to 30% in order to boost its appeal, he underlined.

"With lower interest rates, we will see inflation go down in a couple of months," he added.