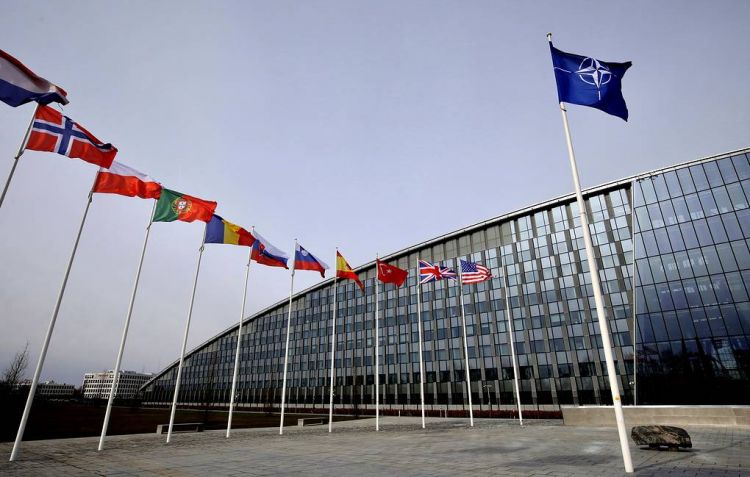 Leaders of the United Kingdom and other leading NATO member states agreed that "an unprecedented package of sanctions" should be imposed on Russia if it invades Ukraine, the UK prime minister’s press office said in a statement after a video conference on Monday night, Tass reports.

"The leaders agreed that, should a further Russian incursion into Ukraine happen, allies must enact swift retributive responses including an unprecedented package of sanctions. They resolved to continue coordinating closely on any such response," the statement says.

According to earlier reports, the video call was attended by European Commission President Ursula von der Leyen, European Council President Charles Michel, NATO Secretary General Jens Stoltenberg and the leaders of the UK, Italy, Poland, France and Germany. It was closed for the media.

The participants of the meeting underscored "the importance of international unity in the face of growing Russian hostility." "The Prime Minister underlined the real human cost of any Russian aggression and the need to take all steps within our power to prevent that outcome," the document continues.

In this regard, NATO leaders agreed that the path of diplomacy with Russia remains the priority in resolving the current situation around Ukraine.

"The leaders stressed that diplomatic discussions with Russia remain the first priority, and welcomed talks that have already taken place between Russia and NATO allies," the communique says.

Participants of the discussion "also agreed that the international community should not tolerate any action which undermines Ukrainian sovereignty."

"The Prime Minister outlined the steps the UK has taken to increase Ukraine’s defensive capacity," the statement says.

UK Secretary of State for Defense Ben Wallace said on January 17 that his country drafted a new package of military assistance to Ukraine, aimed at boosting the country’s defensive capacities. He said that Britain would supply anti-tank offensive weapons to Ukraine to help it defend itself in case of Russia’s alleged aggression. "They are not strategic weapons and pose no threat to Russia. They are to use in self-defense," he said.

The West and Kiev have recently been spreading allegations about Russia’s potential ‘invasion’ of Ukraine. Kremlin Spokesman Dmitry Peskov castigated these claims as "empty and unfounded", serving as a ploy to escalate tensions, pointing out that Russia did not pose any threat whatsoever to anyone. However, Peskov did not rule out the possibility of provocations aimed at justifying such allegations and warned that attempts to use military force to resolve the crisis in southeastern Ukraine would have serious consequences.