UK to get 1,000 more troops ready for humanitarian response amid tensions in Europe - ednews.net

UK to get 1,000 more troops ready for humanitarian response amid tensions in Europe 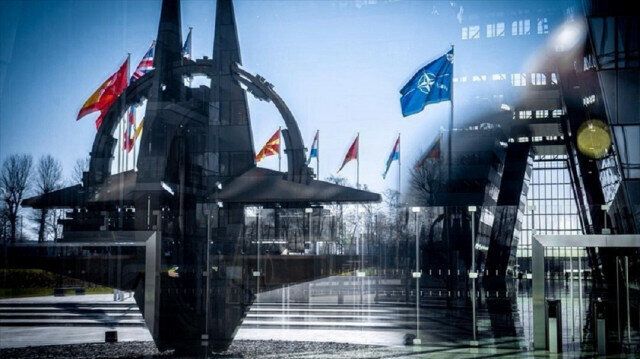 Britain will get 1,000 more troops ready in the homeland to support a humanitarian response by NATO and allies amid high tensions along the Russia-Ukraine border, Prime Minister Boris Johnson has announced.

According to Yeni Safak, the announcement comes as Johnson flies to Brussels and Warsaw on Thursday to meet with NATO Secretary General Jens Stoltenberg and Polish leaders.

“When NATO was founded, allies made an historic undertaking to safeguard the freedom of every member state. The UK remains unwavering in our commitment to European security,” Johnson said in a statement.

“What we need to see is real diplomacy, not coercive diplomacy. As an alliance, we must draw lines in the snow and be clear that there are principles upon which we will not compromise.

“That includes the security of every NATO ally and the right of every European democracy to aspire to NATO membership,” he added.

Johnson’s visit to Brussels and Warsaw coincided with a visit by British Foreign Secretary Liz Truss and Secretary of Defense Ben Wallace to Moscow for “de-escalation efforts.”

Johnson will “stress to allies that they must not compromise on NATO’s fundamental principles,” according to the statement.

“This includes inviolability of countries’ sovereignty, the right of every European democracy to aspire to NATO membership and NATO’s obligation to protect the security of its member states,” the statement also said.

The UK is “ready to work for a diplomatic way forward” and “we believe this can be achieved,” it said, adding: “But it can only be based on existing international agreements and the fundamental principles of a Europe whole and free.”

It also said that the UK “has been at the vanguard of efforts to curb Russian hostility towards its neighbours.

“In total during the past fortnight, UK ministers have spoken to more than a third of NATO’s member states about the situation.”

Truss and Wallace “will stress the only way forward is for Russia to cease its aggressive campaign of hybrid warfare and engage in meaningful talks.”