Iran to launch several satellites into space by end of year - ednews.net

Iran to launch several satellites into space by end of year 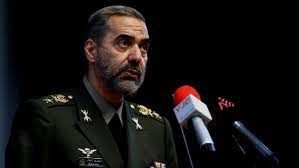 Hailing Iran's achievement in the field of the space program, the Iranian Defense Minister said that several satellites and satellite carriers are scheduled to be launched into space by end of the Iranian calendar year., Mehr news reports.

Iran's Minister of Defense Brigadier-General Mohammad Reza Ashtiani made the remarks on Monday night on the occasion of Government Week (August 24-30).

General Ashtiani touched upon Iran's achievement in the field of air defense and space program, saying, "Iran can respond to enemy threats with appropriate air defense missiles and radar equipment."

"We are planning to achieve such equipment and weapons that give us complete assurance that no one can threaten the country and implement their threats," Iranian Defense Minister stressed

He also noted that Iran acts in such a way that its measures are in the direction of peace, security, and stability in the region.

Elsewhere in his remarks, Ashtiani said that the Islamic Republic of Iran tries to cooperate with its neighbors in joint exercises.