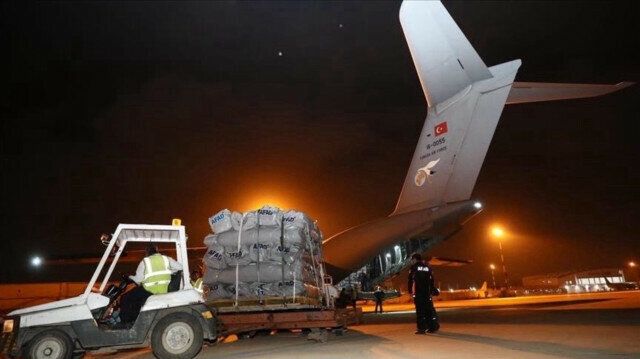 Earlier, the Turkish Disaster and Emergency Management Presidency (AFAD) announced the establishment of an "air bridge" to provide tents and humanitarian aid to Pakistan, which was hit by heavy floods.

Unprecedented floods caused by historic rains have inundated half of the country and killed over 1,000 people since mid-June.

Constant rains and raging floods have already destroyed a large chunk of infrastructure and agricultural lands across the country including tens of thousands of homes, roads and bridges and washed away nearly a million animals.