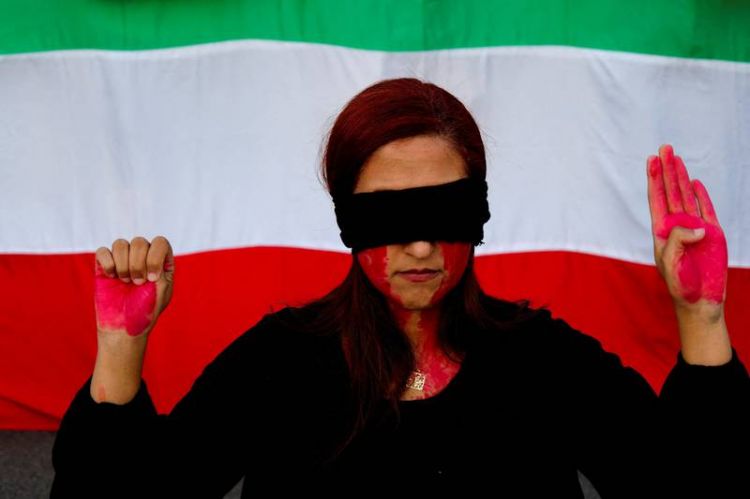 At least 63 people were killed last week when Iranian security forces “bloodily suppressed” a protest in the city of Zahedan, according to the Norway-based Iran Human Rights (IHR) NGO.
Rights groups have said the protest in the city in south-eastern Iran began after claims a police chief in the port city of Chabahar, in Sistan and Baluchestan province, had raped a 15-year-old girl.
The clashes erupted after Friday prayers last week in Zahedan, the capital of the province, which is home to the Baluch ethnic minority that largely adheres to Sunni Islam in predominantly Shiite Iran.
The incident took place amid nationwide demonstrations after the death of Mahsa Amini, who had been arrested by the country's morality police.
“On September 30, people gathered after Friday prayer in Zahedan to protest against the rape of a Baluch 15-year-old girl by Chabahar's police chief, which was bloodily suppressed by security forces,” IHR said on Tuesday, raising a previous toll of 41.
Accounts posted on social media at the time had spoken of dozens of dead in Zahedan on Friday while images had shown overwhelmed hospitals and bloodied corpses.
There have also been reports of victims dying in hospitals due to lack of beds and bandages to stop the bleeding.
Activists said security forces shot at protesters from helicopters. IHR said four people driving in an open-roof car were shot and killed by gunfire from a military helicopter in north Zahedan.
The Baluch Activists Campaign, a specialised NGO, has published on its Telegram channel the names of all 67 of those it said were killed. It said 300 were wounded.
Iranian state media said five members of the Revolutionary Guards were killed in what it described as a “terrorist incident”.
The police chief in Sistan and Baluchestan province had said on state television that three police stations were attacked in the province.
Sistan and Baluchestan province, which neighbours Pakistan, is one of Iran's poorest regions. Activists have complained over the past months that Baluch convicts were being executed in disproportionate numbers as hangings surged in Iran.
The region has also reported regular clashes between security forces and drug-smuggling gangs, as well as occasional attacks by Sunni Muslim extremist groups.