Death toll in Russian missile attack on Zaporizhzhia rises to 11 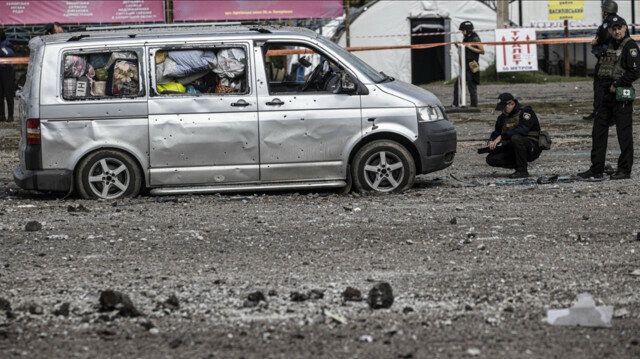 The death toll rose to 11 after a Russian missile strike on Ukraine’s southeastern Zaporizhzhia city on Thursday, said an official on Friday, Yeni Safak reports.

In a statement, Andriy Kurtev, the secretary of the Zaporizhzhia City Council, noted the ongoing search and rescue efforts in the city.

Kurtev said that "11 people are known to have been killed in total. At least 15 more people are still missing."

On Thursday, the Zaporizhzhia Regional Military Administration announced that at least three people were killed and 12 others injured in missile attacks by Russian forces.

Zaporizhzhia is one of the four Ukrainian regions -- along with Donetsk, Luhansk, and Kherson -- that Russia has annexed following "sham" referendums denounced by the international community.