Iran pushes ahead with death penalties to deter protests - ednews.net

Iran pushes ahead with death penalties to deter protests 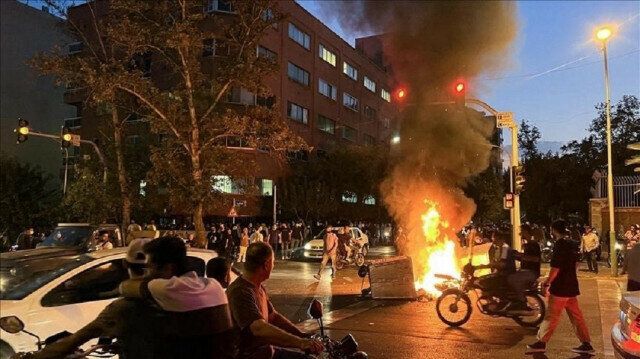 In Iran, protests triggered by the death of 22-year-old Mahsa Amini in the custody of the country’s morality police continue unabated.

According to Yeni Safak, since the unrest began in late September, thousands of people have been arrested. Many have been prosecuted in courts or are still on trial, with at least 11 death sentences handed down so far.

In the first case on Oct. 29, a man identified as Mohammad Qabadlo was accused of “corruption on earth” by a special Revolutionary Court in the capital Tehran presided over by Justice Abolqasem Salavati, according to details issued by the prosecutor’s office.

Despite the outcry in Iran over Qabadlo’s trial, five people were sentenced to death in Tehran less than a month later, as reported on Nov. 20 by Mizan News Agency, an outlet affiliated with the country’s judiciary.

On the same day, the agency confirmed a sixth person was handed the death penalty.

This person, whose identity was withheld, was arrested during protests in Tehran’s Sattar Khan neighborhood, and convicted on charges of “moharebeh,” which translates to “waging war against God.”

On Nov. 29, another arrested protester Majidreza Rahnavard was sentenced to death on the same charges, this time by a Revolutionary Court in Mashhad headed by Justice Hadi Mansouri.

The very next day, judicial authorities announced the Supreme Court had confirmed the death penalty for four Iranian citizens arrested in June on charges of collaborating with Israel.

Apart from the recent spate of death sentences, Iran has also carried out executions during the ongoing turmoil.

The group identified four of them as Abdullah Salah Zahi, Jama Omarzahi, Naser Omarzahi, and Anoushirvan, whose family name remains unknown. The identities of the remaining three were not confirmed.

While media close to the Iranian government said some of them were convicted on narcotics and murder charges, opponents have linked their executions to the anti-government protests and see it as a form of “intimidation.”

There are also claims that a number of death sentences have been recently issued in Sistan and Baluchistan, deepening concerns among human rights organizations.

Javaid Rehman, UN special rapporteur on human rights in Iran, has also condemned the increasing repression of protests and what he termed a new “campaign” of death sentences targeting Iranian dissidents.