Vaccine expected to be brought to Azerbaijan in April within the framework of the COVAX program | Eurasia Diary - ednews.net

Russia is developing a new armor for its armored vehicles
Read: 508

A planet close to us with a day that lasts forever and an eternal night lit up by exploding volcanoes
Read: 476 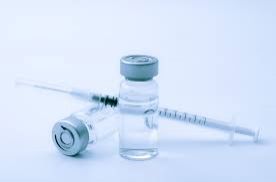 A vaccine is expected to be brought to Azerbaijan in April within the framework of the COVAX program, TABIB said, Eurasia Diary reports citing APA.

According to information, there is no official information on which vaccine candidate will be selected within the framework of the COVAX program.

It has been noted that our country started negotiations within the framework of COVAX platform at the end of the last year: “Once vaccine approved by the WHO and which meets the requirements will be produced it is envisaged to be brought to Azerbaijan along with other member countries of the organization soon. The participation of nearly 50 countries, including our country in the platform in order to obtain the vaccines has already been confirmed and negations in this field are underway,” the information reads.