Russian T-14 Armata tank could be transformed into nuclear weapon - US
Read: 860

Ex-PM Medvedev speaks about his relations with Putin
Read: 780 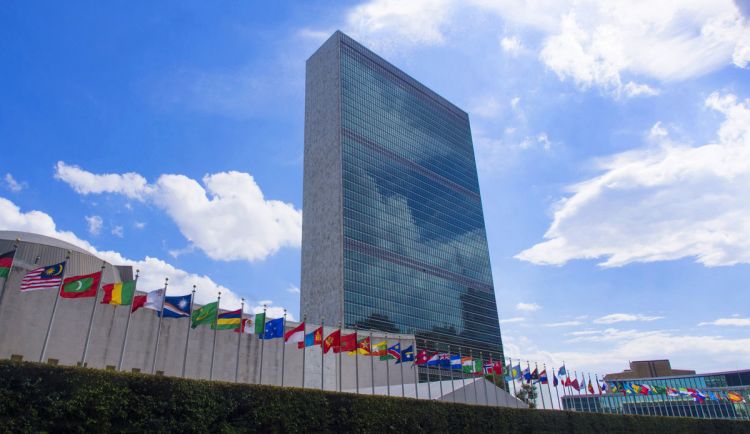 Azerbaijan supported a draft resolution on combating the glorification of Nazism initiated by Russia, which was adopted by a majority of votes by the Third Committee of the UN General Assembly on social and humanitarian issues, Eurasia Diary reports citing Report News Agency.

Notably, a resolution entitled “Combating the glorification of Nazism, neo-Nazism and other practices contribute to fuelling contemporary forms of racism, racial discrimination, xenophobia and related intolerance” was supported by 121 states with two opposing (US and Ukraine) and 55 abstentions.

The document recommends that countries to take appropriate specific measures, "including in the legislative field and in the field of education, in accordance with their international human rights obligations, in order to prevent the review of the outcome of World War II and the denial of crimes against humanity and war crimes committed During the Second World War".

The authors of the document strongly condemn the incidents related to the heroization and propaganda of Nazism, and urge states to eliminate all forms of racial discrimination by all appropriate means, including legislation, if circumstances so required.