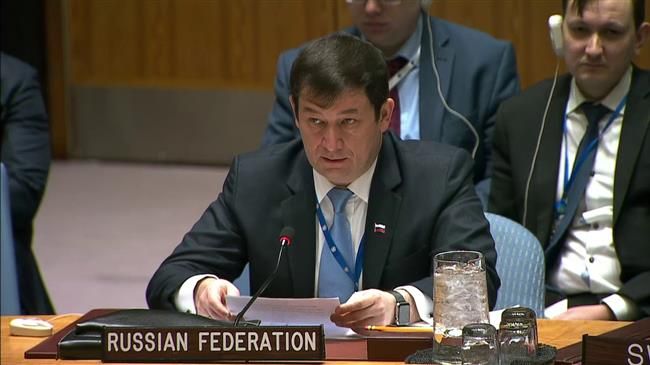 Russia’s mission to the United Nations says the US continually tries to demonize Iran’s missile activities despite lack of any evidence against the Islamic Republic’s defensive activities, and while Washington itself is in default of several international non-proliferation agreements, Eurasia Diary reports citing Mehr News.

Dmitry Polyanskiy, Moscow’s chargé d’affaires to the world body, addressed the remarks to the UN Secretary-General António Guterres in a letter dated November 26 that was made available on Friday.

He reminded that Iran was a signatory to many multilateral non-proliferation mechanisms, including the nuclear Non-Proliferation Treaty (NPT) and the Joint Comprehensive Plan of Action (JCPOA). The latter agreement came about in 2015 between the Islamic Republic and the P5+1 group of states -- the United States, the UK, France, Russia, and China plus Germany, lifting nuclear-related sanctions against Tehran, which, in turn, voluntarily changed some aspects of its nuclear energy program.

The Russian official highlighted “the complete lack of evidence that Iran is developing or producing a nuclear weapon or means of its delivery or is deploying any infrastructure for the storage or servicing of nuclear weapons.” He further endorsed the Islamic Republic’s continued commitment to the nuclear deal as verified by Tehran’s “refraining from activities related to ballistic missiles that are designed to be capable of carrying nuclear weapons.”