Peace, prosperity and stability in Azerbaijan is significant for the true realization of international projects and UN 2030 Agenda - Qaiser Nawab
Read: 946

Azerbaijan, Turkey constantly support each other both on happy and sorrowful days - President Aliyev 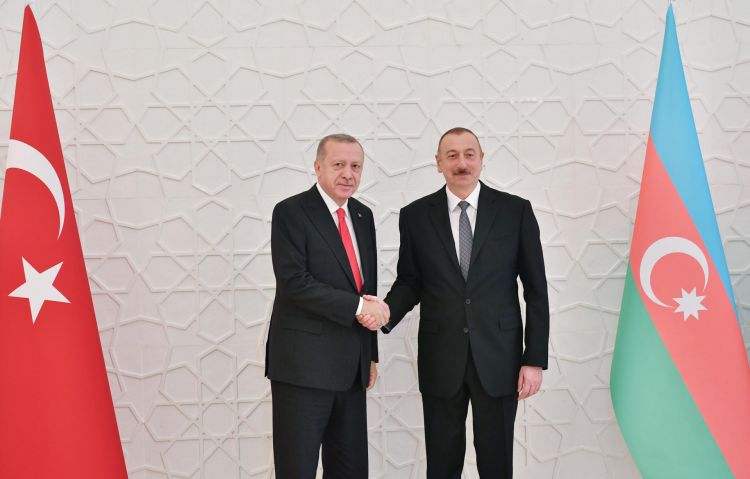 Azerbaijani President Ilham Aliyev has sent a letter to his Turkish counterpart Recep Tayyip Erdogan on the 4th anniversary of the attempted coup d'état in Turkey, EDNews.net reports citing News.az.

The Azerbaijani noted that the July 15 coup attempt was a treacherous plan directed against the Turkish state.

“Thanks to your heroism and the love of the Turkish people for you, your brotherly country has emerged from this difficult test even stronger. “The Day of Democracy and National Unity” is a vivid example of your people's commitment to their statehood and democratic traditions.”

“With a feeling of deep respect and reverence, I pay tribute to the blessed memory of our martyrs, who sacrificed their lives to prevent the attempted coup d'etat,” he said. “From the first minutes, Azerbaijan condemned this treacherous coup d'etat against the Turkish state and people in the strongest terms. Thus, the Azerbaijani people and state have demonstrated that they are close to fraternal Turkey.”

President Aliyev stressed that under the motto “One nation, two states” Azerbaijan and Turkey constantly support each other both on happy and sorrowful days.

“We also feel the strong support from Turkey in all matters,” the head of state said, noting that Turkey has always been in solidarity with Azerbaijan in the settlement of the Armenia-Azerbaijan Nagorno-Karabakh conflict, supported the fair position of our country in all international organizations.

In his letter, President Aliyev also touched upon the July 12 military provocation by Armenia on the border with Azerbaijan.

“On 12 July, Armenia committed a military provocation in the Tovuz direction of the Azerbaijani-Armenian state border. This is yet another treacherous act of Armenian aggression against Azerbaijan, and all responsibility lies squarely with the military-political leadership of Armenia. As a result of the sudden treacherous attack, servicemen of the Azerbaijani army, as well as civilians, were killed and injured.”

“The Azerbaijani army gave a worthy response to this provocation. We have avenged our martyrs. Their blood did not and will never remain unavenged. Azerbaijan will ensure its territorial integrity in accordance with four resolutions of the UN Security Council, norms and principles of international law,” said the president.

The head of state emphasized that this incident is not just a border clash, it is a continuation of the aggressive policy of Armenia.

“Today, the leadership of Armenia, as always, remaining committed to its two-faced and hypocritical policy, is trying to deceive both its own public and the world community. Against the background of socioeconomic problems prevailing in their country, they ignite a conflict with Azerbaijan, wanting to achieve certain goals.”

“The fraternal Turkish Republic was the first to react to the military attack of Armenia against Azerbaijan. In your speech yesterday, you once again expressed Turkey's decisive position in connection with Armenia’s provocations. Our people highly appreciate the support you provide to Azerbaijan,” he added.

President Aliyev noted that the Azerbaijani-Turkish strategic alliance is an important factor serving to ensure peace and security in the region, contributing to the development of cooperation. “I am convinced that our unity and solidarity will continue to strengthen and expand in the interests of our peoples,” he concluded.