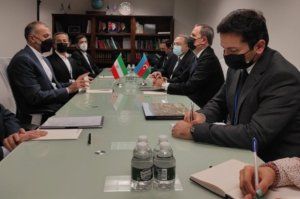 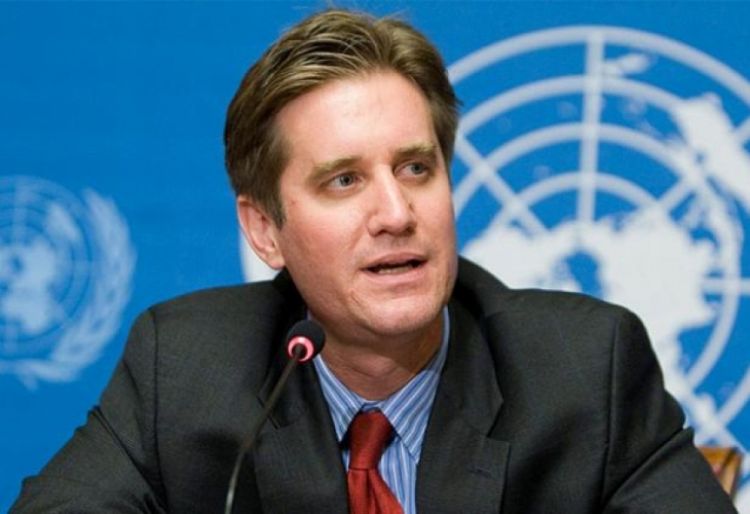 Leadership in Armenia and Azerbaijan knows very well that it is risky to go to war, said Matthew Bryza.

Matthew Bryza, who is a former Co-Chair of OSCE Minsk Group and the former ambassador of the United States in Azerbaijan gave a interview to Turkish television, A News regarding the recent border clashes between Armenia and Azerbaijan.

Former ambassador considered that the escalation between Armenia and Azerbaijan will not go on.

“Border clashes between Armenia and Azerbaijan is a serious fighting. But, I do not think that escalation will go on. There are a number of reasons that make leaders of both countries think that it is risky to go to war. Both countries have faced difficulties in the managing COVID-19 crisis. Also, the opposition of both countries has been critical of handling Nagorno-Karabakh issue,” – said Bryza.

“War means that it is setting back negotiations process, which got close framework agreement on the settlement of Nagorno-Karabakh conflict,” he added.

Matthew Brazy confirmed the opinion of some Turkish experts that Russia might be behind military clashes between Armenia and Azerbaijan on the state border.

“I think that there are two reasons for that. First, Russia has a military base in Gumry city, Armenia. Second, Russia has deployed weapons in Armenia. Moreover, Russia has a long history in supporting Armenia,” – said Bryza

Matthew Brazy also touched on the statement of one of Russian influential figures on the guarantee of the security of Armenia.

‘If looking back six days before clashes, the influential member of the lower house of Russian Duma, Konstantin Zatulin, who is a also chairman of the committee of Commonwealth of Independent Nations, made statement that Armenia is a military ally of Russia and the member of Collective Security Treaty Organization, which Russia attempted to create military alliance with some former soviet states. He said that if any country attacks Armenia, we will definitely defend Armenia with its own troops, which is located in Gumry,” Bryza noted.

Matthew Bryza clarified issues on the possibility of the opening of the front between Russia and Turkey in Nagorno-Karabakh as like the situation in Syria and Libya.

According to his viewpoint, the front between Turkey and Russia in Nagorno-Karabakh is possible, but not military, it could be a political front.

“Representatives of Turkish government, such as foreign affairs minister Mevlüt Çavuşoğlu, the President Recep Tayyip Erdoğan and defense minister Hulisi Akar, couple days ago, made forceful statements supporting Azerbaijan. But, military engagement by Russia and Turkey in Nagorno-Karabakh is less likely. Moscow does not want to be involved in the military conflict with NATO ally in this territory,” Bryza stressed.

“Russian has game is to keep both parties in balance. Russia has been avoiding military conflict between two states of the South Caucasus. But, Russia’s approach to this conflict has been years. It     never gets end to negotiations on the solution of Nagorno-Karabakh conflict,” – he added.

While talking about Madrid document, which is based on basic principles, Bryza noted that this document provides available agreement on the solution of Nagorno-Karabakh conflict.

“President Ilham Aliyev and former president Serj Sarkisiyan agreed on the basic principles during the meetings of OSCE Minsk Group’s Co-Chairs. But, they said that they have to advise with their own public, and there are specific details in the document that they have to work on,” said Bryza.

For his opinion, the basic principles are to set up sufficient confidence to finalize the settlement of conflict.

“In last year, something positive happened. After the couple of meetings between President Ilham Aliyev and Prime Minister Nikol Pashinyan, it was agreed to energize negotiations process, prepare their populations to peace and strengthen ceasefire agreement along the line of contact. However, a few months ago, Prime Minister Pashinyan changed course and made contradictory statements that are unacceptable to Azerbaijan. He said that Nagorno-Karabakh is a part of Armenia in his speech. There are reasons why he made such statements, because he has been facing pressure from opposition, and also pressure from Moscow,” Bryza noted.

“In reality, Moscow is not interested in the establishment of official peace between two nations. Russia is interested in maintaining status-quo. If there is a agreement between Armenia and Azerbaijan, Russia will have a lower ability to manipulate the situation in the region,” he added.