'Our strong support for the territorial integrity of Azerbaijan will further continue' | Eurasia Diary - ednews.net

Armenia-Azerbaijan conflict must be resolved on the basis of the territorial integrity of Azerbaijan - President Ilham Aliyev
Read: 224

In 2018, Russia and Japan were closest to signing peace treaty
Read: 198 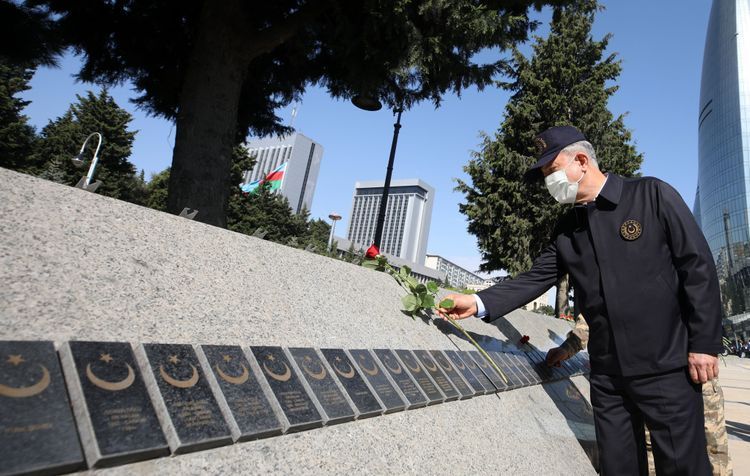 "We strongly condemn provocation of Armenia in Tovuz district once more. We extend condolences and wish patience to Azerbaijani people, power to our Armed Forces. As a nation, we deeply feel your sorrow. Our powerful support to Azerbaijan’s fair fight and territorial integrity will continue from now on as it was so far. As Turkey with a population of 83 million, we stand by our brothers in their fight for the sake of the liberation of occupied territories forever”, noted Turkey’s Defense Minister.