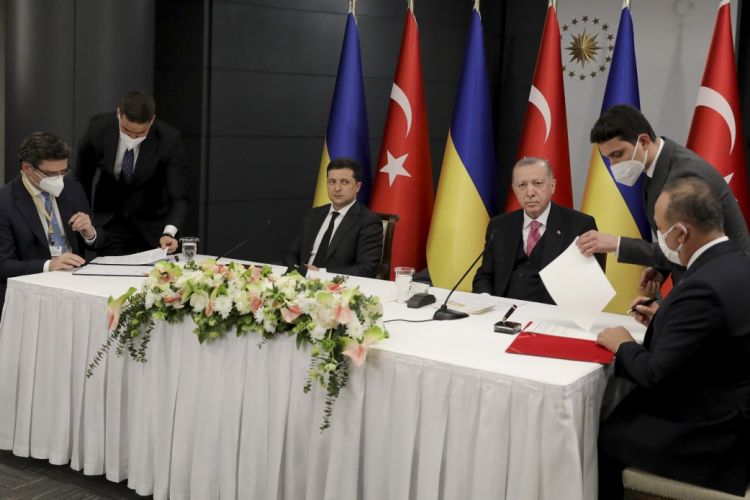 A number of bilateral documents were signed in the presence of President of Ukraine Volodymyr Zelenskyy, who is on a working visit to Turkey, and President of the Republic of Turkey Recep Tayyip Erdoğan.
In particular, Deputy Prime Minister of Ukraine - Minister for Reintegration of the Temporarily Occupied Territories Oleksii Reznikov and Minister of Environment and Urbanization of Turkey Murat Kurum signed a Framework Agreement between the Government of Ukraine and the Government of the Republic of Turkey on cooperation in housing construction for the representatives of Crimean Tatars and Ukrainian citizens entitled to benefits.
The agreement is concluded to settle the legal aspects of the possibility of determining a mechanism for cooperation with Turkey in the construction of housing for Crimean Tatars, who due to the temporary occupation of Crimea and Sevastopol were forced to leave their place of residence, and other categories of Ukrainian citizens.
According to the document, the Turkish government provides non-refundable assistance by building housing for the Crimean Tatar people, as well as other categories of Ukrainian citizens entitled to benefits in the total number of 500 apartments: 200 apartments in Mykolaiv, 200 apartments in Kherson and 100 apartments in Kyiv.
Minister of Foreign Affairs of Ukraine Dmytro Kuleba and Minister of Youth and Sports of Turkey Mehmet Mehmet Kasapoğlu signed the Program of Cooperation in Physical Culture and Sports between the Ministry of Youth and Sports of Ukraine and the Ministry of Youth and Sports of Turkey for 2021-2022. It is designed to systematize and intensify Ukrainian-Turkish cooperation in the field of culture and sports, identify joint activities and priority areas of cooperation between the states in 2021-2022.