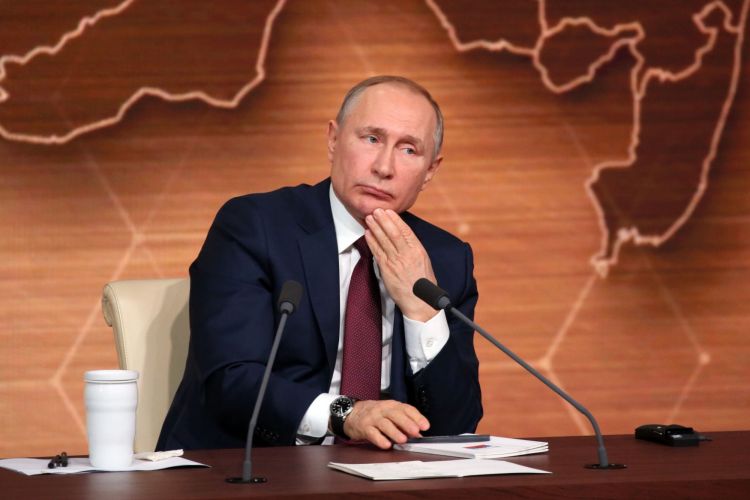 Russian President Vladimir Putin on Sunday warned that Nazi beliefs remain strong during remarks he delivered on the anniversary of the end of World War II in Europe.
Putin, in the annual military parade on Moscow’s Red Square, denounced “attempts to rewrite history, to justify traitors and criminals, on whose hands lies the blood of hundreds of thousands of peaceful people,” according to the Associated Press.
He said that Nazi ideologies were “obsessed with the delusional theory of their exclusiveness” are trying to be resurfaced.
“Unfortunately, many of the ideologies of the Nazis, those who were obsessed with the delusional theory of their exclusiveness, are again trying to be put into service,” Putin said, according to AP.
He did not, however, reveal any specific details.
The parade featured more than 190 military vehicles traveling through the square, including the World War II-era T-34 tank and the eight-axle Yars mobile ICBM launchers, the wire service reported.
The marking of Nazi Germany’s defeat in World War II, which Russia has dubbed Victory Day, is the country’s most notable secular holiday, according to The AP.
According to AP, approximately 27 million Soviet soldiers and civilians were estimated to have died in the war.