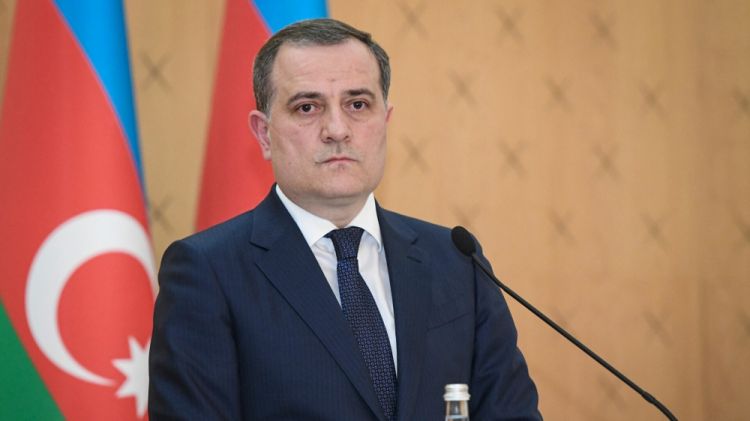 "Last month, the first return of our IDPs took place in Agalı village of Zangilan district, which is the beginning of the first phase of the Great Return," said Foreign Minister Jeyhun Bayramov at a press conference held follwing the meeting with Ramtan Lamamra, Minister of Foreign Affairs and National Community Abroad of the People's Democratic Republic of Algeria, APA reports.

Jeyhun Bayramov said that he informed his Algerian counterpart about the peace agenda proposed by Azerbaijan to Armenia, determining of borders between the two countries, the opening of communications, and the proposals of official Baku regarding the peace treaty: "I also informed Ramtan Lamamray about several constructive approaches of Armenia towards the implementation of the trilateral statement. Azerbaijan supports the establishment of normal relations with neighboring countries. We can mutually move towards the normalization of relations based on the principle of inviolability of borders."