Russian diplomat warns with return of Cold War by race for military dominance in Europe
Read: 610

III ANIMAFILM ANNOUNCES THE PARTICIPANTS OF THE COMPETITION PROGRAM
Read: 586

WHO extends state of emergency over coronavirus pandemic for another 3 months
Read: 484

Story of a mother's hard journey 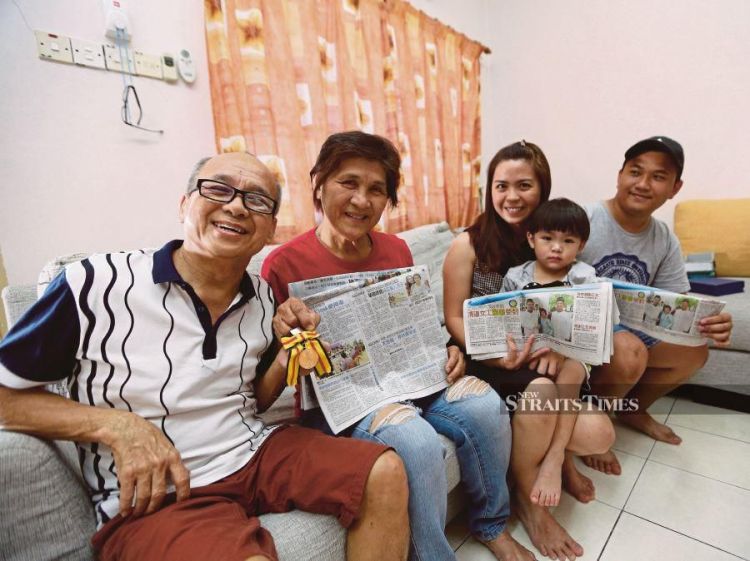 CHAN Mun Thye, a street sweeper who received a state award early this year, proves that a mother is the backbone of the family.

The 60-year-old mother of four has been her family’s sole breadwinner since her husband died in 1991.

“I completed only primary education. Before I started to work as a sweeper with the Seremban Municipal Council in 1983, I was helping my family at a rubber estate.

“I applied for the job when my friend asked me if I wanted to work with her.

“Luckily, my application was accepted. I started my job as a sweeper months after I delivered my first daughter.

Chan said things got worse when her husband fell sick and died.

“When my husband died, my youngest daughter was only 3 or 4 months old. That’s when I became the sole breadwinner of the family.

“It was challenging, but I never thought of giving up because my children relied on me.”

Chan, who retired in January, is now a contract sweeper with SWM Environment Sdn Bhd.

She said back then, every morning, she would drop her children at school before clocking in at 6.30am.

“I used to work from 6.30am to 3.30pm from Monday to Saturday. But I would work on Sunday as well to earn extra income.

“I did part-time jobs, such as delivering coal, cleaning or doing laundry because at that time, apart from raising my children, I also gave money to my mother-in-law, who helped take care of my kids.

“I had only one to two hours in between to complete the house chores and send my kids to tuition.”

On the challenges she faced during her 30-odd years in her line of work, Chan said it took some time for her to adapt to the job.

“When I first started, sometimes the working environment caused me to throw up or lose appetite.

“For example, when I had to sweep in areas with dirty and smelly drains. It took me some time to adjust.

“I had to fight the stereotype associated with the job. I never felt embarrassed of my job. Instead I focused on my work.”

She said she once thought of getting a garbage truck driving licence as she was passionate about her work.

“Sometimes I helped collect garbage after the morning shift due to a lack of manpower.

“I told my superior that I wanted to get a licence to drive the garbage truck, but later changed my mind after listening to his advice.”

She said she started earning RM750 monthly when the waste and public cleansing management sector was privatised in the early 2000s.

“I get a sense of accomplishment each time I clean an area.”

Read also: How do women and the diaspora propel Sudan's protests?

She said she was surprised when she received the letter that she would receive the state award.

“I didn’t know that my employer nominated me for a state honour. My supervisor asked for my photograph and personal details, but I didn’t ask him why as I thought that they were for my retirement purposes.

“Not long after, I received a letter informing me that I would be awarded the Pingat Jasa Kebaktian.

“I was confused at first, but when my colleague explained to me about the award, then only did it begin to sink in that I was going to be awarded for my contribution.

“I would never have thought that one day, I would be honoured for doing my job.