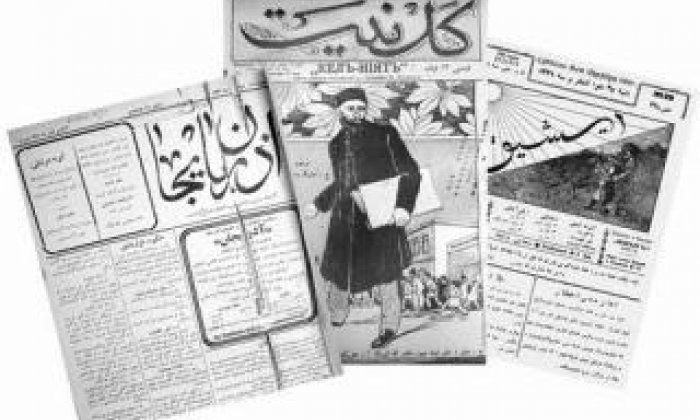 Today, Azerbaijan is celebrating the day of the national press in the country.

144 years ago, on July 22, 1875, national media was founded with the start of the publication of the newspaper "Əkinçi" (Ploughman) by one of the outstanding representatives of the era of enlightenment movement, Hasan bey Zardabi.

"Ekinchi" in the Azeri language laid the first foundation stone of the national democratic and popular media, and with a total of 56 numbers a newspapers was a mirror of the nation's newspapers, turned into standard-bearer of Azerbaijani journalism.

In subsequent years, newspapers and magazines such as "Zia", "Keshkul", "Eastern-Russian", "Irshad", "Molla Nasreddin" which published by prominent intellectuals continued the tradition of "Ekinchi". The main target of the press was fighting against injustice, ignorance and to enlighten people. Azerbaijan's press walking on rich and honorable way, went through several stages. A free press, as well as a new view of events was laid in Azerbaijan Democratic Republic. 140-year-old media had 70 years communist dictatorship. At that time, the media described the current problems in figurative way. Because of the policy pursued by the media was the mouthpiece of Soviet Union ideology. To think and write differently was prohibited at that time.

Following "Əkinçi", "Füyuzat" and "Molla Nəsrəddin" ("Fyuzat " and "Molla Nasraddin" magazines) seem like they bore a load of two lines. "Füyuzat" preferred the enlightenment for modern nation and society, while "Molla Nəsrəddin" preferred the way to criticize the shortcomings of the nation and society in a satirical language. Representatives of this phase played an indispensable role in the establishment of modern Azerbaijani literature and music.

Press was forced to write about the collective-farm, the socialist revolutions in the world, complete and final victory of socialism, the Soviet power, the correctness of USSR in the II World War, "during the Cold War".

Starting from the second half of the 1980s, the Azerbaijani press is entering a new stage of development. This was also the period of formation of the Azerbaijani statehood, democratic state system. The foundations of this phase of development were laid by national leader Heydar Aliyev, who always appreciated the influence of the press on society, held successive activities aimed at developing freedom of the press and speech, strengthening the material and technical base of the media. During the period of independence, Heydar Aliyev also signed the first decree on the Azerbaijani press.

In general, the national leader has signed more than 10 orders and decrees related to the solution of the problems of press. In 1999, the law On Mass Media, which meets international requirements, was passed. By the order of Heydar Aliyev of August 6, 1998, censorship was abolished in Azerbaijan.

The country pays great attention to the development of the media, freedom of the press and speech. By the order of President Ilham Aliyev of July 31, 2008, the Concept of State Support for the Development of the Media of the Republic of Azerbaijan was approved, a year later, on April 3, 2009, the State Fund for Support of Mass Media Development under the President of Azerbaijan was established, which was an important step towards the development of a free press, strengthening the material and technical base of the media, improving the socio-economic status of journalists.

Orders to hold national press anniversaries, provide one-time media assistance, conduct activities to enhance the social protection of press workers, and award journalists honorary titles for achievements in the development of national press are also an integral part of care for press workers.

The order of President Ilham Aliyev "On strengthening the social protection of the Azerbaijani press" was welcomed among public. In 2010, the State Fund for Support of Mass Media Development, from the Presidential Reserve Fund, was allocated AZN 5 million to improve the living conditions of press workers and the construction of residential houses for them, which is regarded as an important event in the history of the press.