Peace, prosperity and stability in Azerbaijan is significant for the true realization of international projects and UN 2030 Agenda - Qaiser Nawab
Read: 920

Lady Gaga falls off stage while dancing with fan 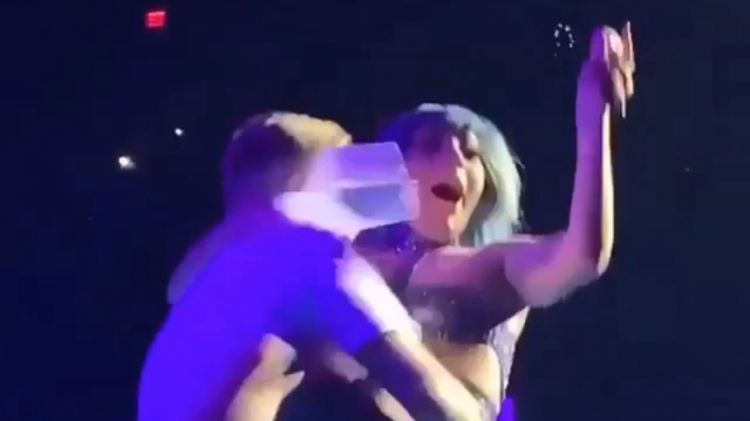 Lady Gaga is recovering after falling off the stage while dancing with a fan at a concert.
During her Las Vegas show Thursday night, the pop star invited a fan onstage who picked her up and lost balance. Both plunged to the floor as a result.
Moments after the fall, Gaga was back onstage with the fan and told him: ''You promise me you're not gonna be sad about that, right?''
He responded: ''I promise.''
Several fans posted video of the fall and Gaga's return to the stage on social media.
After the show Gaga posted Instagram photos of herself in a bath, writing: ''Post show routine: ice bath for 5-10 min, hot bath for 20, then compression suit packed with ice packs for 20.''
A representative for Gaga didn't reply to an email seeking comment. The singer has suffered from fibromyalgia, a condition marked by chronic and widespread musculoskeletal pain, and she has canceled several concerts as a result.