Russia is challenging US and NATO with unique armaments of the Su-57 fighter
Read: 1300

'Information on use of Azerbaijan’s airspace by aircrafts, delivered air strikes on Iran, is lie' - Azerbaijani MoD
Read: 404 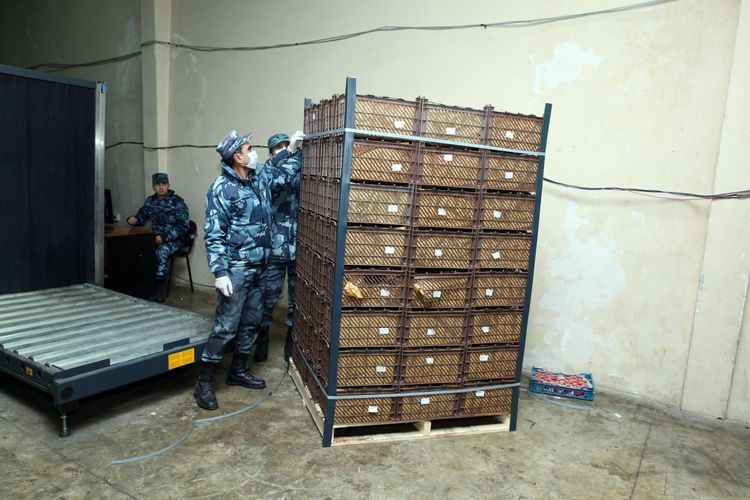 The intelligence information has been received by Operation and Investigation Division of the Southern Territorial Main Customs Department in regard to the intended transportation of large quantity of drugs concealed from customs control on the truck of “Volvo” brand with official license plate no. 42BP450/42ZA122 from Islamic Republic of Iran to Ukrainian Republic, Eurasia Dar reports citing APA.

It has become known that the vehicle detained at Astara customs checkpoint is carrying so called “kiwi and pomegranate” fruits load from “Ensiye Izadkhah By Order Navid Khan Mohammadi Commercial” Company of Islamic Republic of Iran to “Bayramlar LTD” Company functioning in the Ukrainian Republic passing in transit through territory of Azerbaijan Republic.

The customs officers who visually inspected the load have identified that there was a load consisting of fruits packaged in a total of 2702 pieces of plastic boxes of standard size including 1152 boxes of kiwi and 1550 boxes of pomegranate inside 26 pallets in the trailer of the vehicle driven by citizen of Azerbaijan Republic Huseynov Ramiz Hajiali.